at the INB Center through Valentine's Day

You know how psychologists sometimes encourage troubled little kids to talk to dolls? Externalizing feelings like that — talking to a pretend-friend — helps the tykes reveal and examine anxieties that they otherwise might not be willing to discuss.
That’s what it’s like watching Avenue Q.
The puppets do the heavy lifting for us. Are you a lot more likely to discuss the weather and the latest sports scores than you are to earnestly engage another human being on issues that really matter, like sex and race and the meaning of life?
Well, join the club. We could all use a little puppet therapy.
Bobo feels fortunate to have witnessed a musical as amusing, edgy and yes, inspiring, as Avenue Q.
Brent Michael DiRoma has expressive voices in both halves of his significant gay-straight equivalence doubling as both Princeton and Rod.
And while I was initially disappointed that the Thursday night audience was getting the understudy Kate Monster, Ashley Eileen Bucknam and her talented doubling demonstrated that conventional Kate & provocative Lucy live, at least a little bit, inside many women.
From the soundtrack alone, you wouldn’t know how extensively this show uses TV screens to spoof the simple-minded teaching methods of Sesame Street, then twists them to give them a wicked adult kick.
The sound mix, however, was off: some voices were shrieky-squealy; sometimes the five-man band simply overwhelmed the lyrics with too much volume.
The doubling of puppets could be confusing -- three actors have no puppets, some have two, some have more than two, some throw their voices over to puppets they’re not holding; some puppets have two operators, one of whom never speaks or sings. Couldn’t the creators have divided the roles more generously? (But as I said, the doubling of Rod (gay) and Princeton (straight) does highlight how romantic-longing is a human emotion, not exclusive either to my kind of sexuality or yours.
Face-to-face puppet squabbles are funny. (In general, the puppet-choreography was remarkably expressive and well done.)
Because of the puppet confusions, personally, I never quite resolved the look at the puppets/look at the humans dilemma.
Bobble-head chirpiness and dance moves, when shared by both humans and puppets, are funny -- it mocks the over-serious side of ourselves and unlocks the playfulness. That’s what Avenue Q does: It gives us permission, during a two-hour recess for overworked adults, to pause and be creative and accepting again. It allows us to look at ourselves from the perspective of the kid inside, who always wanted better things — back when we first were dreaming our dreams.

And I feel embarrassed about having bought into WestCoast Entertainment’s cautions about not over-stressing the profanity content.
(Hey, cussing is nothing to be proud of, and we should all limit it, especially in public -- which I DO find offensive — but studies have shown that a little cussing is physiologically a good thing, and we should stop being in denial about how we all do it from time to time. Sort of like this show’s themes about admitting that racism, porn, sexual desire and schadenfreude are not exactly utterly foreign to the vast majority of us.)
But it’s about time to shed the poor-little-provincial-Spokane attitude. Yes, we’re in the red half of a blue state, and I did see two walkouts tonight, and the mega-church members probably aren’t flocking to a gay-porn-puppet show. But judging from the ample size and laughter of Thursday night’s opening-night crowd, there’s a critical mass of folks here now who aren’t fazed by those New York City liberal ways.
Avenue Q, far from being childish or obscene, is enlivening, enspiriting, and very human and forgiving.

Soon after, Princeton and Kate are having loud, screaming missionary-position sex! (Can they do that onstage?) And then you realize, they’re just puppets.
Dislocating emotions from the actors to the bunches of fuzz and latex that they’re manipulating can be

In the context of all the puppet play, Gary Coleman stroking the broom obscenely got a bit too crude, too literal. But Gary and then Trekkie burying their faces lasciviously deep, deep into the bosoms of Lucy the Slut --that was hilarious.

Bucknam was touching on “a fine, fine line between love and a waste of time.” Again, lots of serious, thoughtful emotion here, given all the more impact by the fact that moments before, you were laughing at puppet-silliness.

And you’ll never think the same way again, ever, about the relationship between a slang word for orgasm and the word “commitment.” (Brilliant. Summarized in just two words the whole battle of the sexes.)

Why we think you should see War Horse 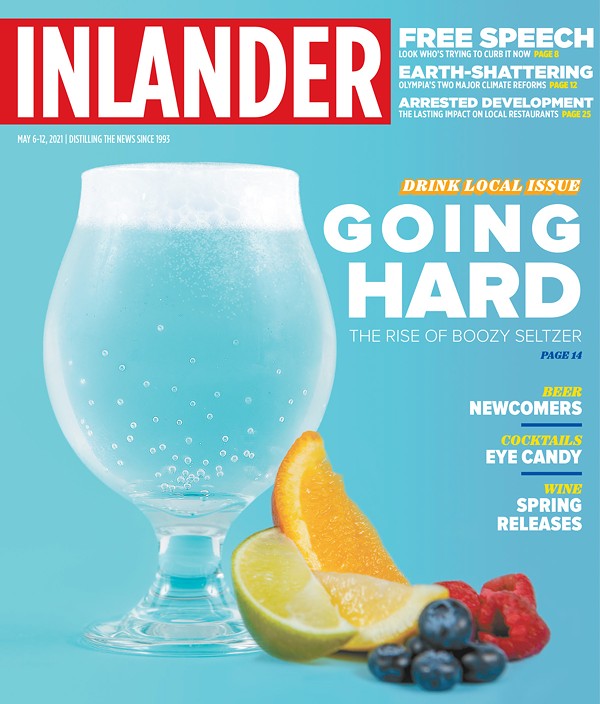