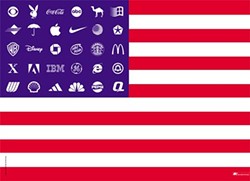 Three day weekend! Woooo! After you get done blowing your fingers off with illegal fireworks, drag yourself on out for some live music.

It makes us a little uncomfortable to call them virgins, but Empyrean said it first. Soooo ... head on down tonight to see some action at the Empyrean Virgins Show: a showcase of kids who've never played the Emp stage before. Featuring Lying in the Tin Can, Apple Juice Party, Kava Butterflies, Wonder Wonder, In Deeper Oceans, Framework and Bradley John & the Freight Train. 5-11 pm. $7. All-ages.

You can thank them for Rancid. Lars Fredericksen of the band Rancid said that after he heard GBH he decided "punk rock was my religion." Well, awesome. The 30-year-old British punk outfit brings their show to the Seaside tonight — twice! There's an all-ages early show with Reason for Existence at 7 pm and a 21 one at 9 pm with Outernational, the Deadones and the Swallows (both are $10).

Shake your booty in the name of Uncle Sam and apple pie! Head back down to the Empyrean on the Fourth for a red, white and blue dance party with garage band Turbo Fruits and local DJ Benjamin Jorgens.  7 pm. $7. All-ages.