As we've learned with bands like Jucifer, the White Stripes, Juanita & the Rabbit, Black Cobra — there's a lot of noise that can be made by a duo. And John Calvin is no exception to that rule. Far from their home of Shreveport, La., JOHN CALVIN is a two-man-band that couples a talk-yell style (think Steve Albini on Shellac's Terraform) with droning guitars and heavy-on-the-crash-cymbal drums. They make songs with titles like "Pretty, Pretty Princess Has a Pit Stain." Awesome.

BELUGA — the occasional side project of locals Aaron Powell and Bob Homburg (Belt of Vapor) — show their power as a duo alongside John Calvin.

And, lastly, not a duo but still awesome: PIGS. The Oakland, Calif., band hammers out blues-metal riffs, sliding sometimes toward sludge-metal. A band that would make both Fu Manchu skater-types and Hank III fans happy (see video below). MOOTSY'S. 10 pm. $5. Gotta be 21.

For something a little more varied and a little less metal, head on over to Empyrean for the first round of SPOKANE'S GOT TALENT. Yes, Spokane's version of the top reality show America's Got Talent is in it's second year. Organizers say that they expect about 40 performers to try out tonight, and 40 more this Saturday. Expect everything from mariachi bands to ventriloquists. EMPYREAN. 6 pm. Free. All-ages. 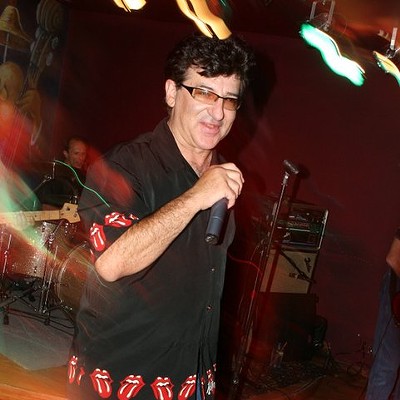