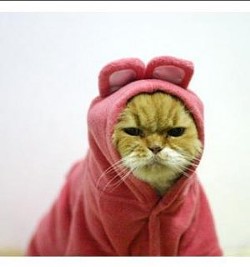 TONIGHT!
You know Pat Smick, right? If you've been to a punk rock show in the past 20 years in Spokane, you know the man. Well, I'm pretty sure tonight is his birthday — after all, it takes an occasion to get Buttermilk 5 on stage. The long-retired and recently revived local punk rock outfit rocks it again tonight with Silver Treason and DJ Smickage at Mootsy’s. And if it's not his birthday, give him a hug anyway. 9 pm. $5 to get in. Gotta be 21.

It's not live music, but the lovely ladies and gentleman of Pasties & Paddles always dance to some pretty amazing stuff. Their Halloween show, Burlesque of the Dead, takes place tonight (and tomorrow) at the Lion's Lair from 9 pm to 2 am. Apparently there's a "costume contest to win a dead corpse." Sweet. I'm there. Stay for the dance party afterward. It's $10 for the whole night. Gotta be 21, though.

TOMORROW!
Saturday nights generally have a Latin theme at Aclub, but tomorrow night Milonga — a long-standing local Latin outfit — takes things up a notch with their Halloween de los Muertos show. Show kicks off at 9 pm. Wear a costume — preferably something dance-friendly. $7. Gotta be 21.

Before iPods, CD players and Walkmen, there were records. And Pickwick, a Seattle band, is showing their love for the medium by releasing a series of five 45s over the course of five shows. When they're all out, the band will compile them all together into a concept album inspired by the "conspiracies, tragedies and myths" that they've encountered. The band plays Empyrean tomorrow with Ivan & Aloysha and Pablo Trucker. 7 pm. $8. All-ages.

On the eve of its demise, the Seaside hosts a pretty epic Halloween cover show. Matthew Winters does his best Alkaline Trio (not much of a stretch), Mon Cheri plays a series of cover songs and local punk rockers Small Town Nation play the Offspring (again, not a stretch). But then I guess the Elk Kitchen Staff quit for the night, because they're on the bill to take the Seaside stage as the Misfits. Should be amazing. Wear a costume. 9 pm. $10. Gotta be 21.

It's always sad to see that space at 230 W. Riverside shut down, but at least this time they're ending with a bang. Mike Herrera from MxPx brings his new punk-country band, Tumbledown, to town to play the finale of the Seaside. Check out our story on Tumbledown here. Ed Revel and the Butchers, the Camaros and No Con John open. 9:30 pm. $8. Gotta be 21.

After selling out venues in Philadelphia, DC, Atlanta, Boston and a host of other cities, Best Coast comes to play our neck of the woods on Sunday night. The girl-fronted band makes this great lazy, lo-fi. beachy California sound. Check out our story about front-lady Bethany Cosentino’s boy-obsessed lyrics here, and definitely do not miss this show. Best Coast plays at Stage54 (25 E. Lincoln Rd) with Sonny & the Sunsets, No Joy and the Young Professionals at 7:30 pm. $15 at the door. All-ages.

review of *The Cemetery Club*