When interviewed for last week’s story, 4th district legislative candidate Amy Biviano told me she wasn’t planning on sending out any more mailers like the one calling Rep. Matt Shea (R-Spokane Valley) a  “law breaker” and accusing him of pointing a gun at a motorist.

But it appears a new independent website has arisen to fill the negative-campaign void. TheSheaReport.com doesn’t appear to attack Shea for any of his policies, bills or amendments.

Instead, it appears to be a greatest hits album of all of Shea's altercations, from his clashes with Todd Mielke, to the Facebook photo of him doorbelling outside his opponents house, to  the police reports detailing him brandishing a gun during a road rage incident.

It also dives into an area that Biviano has stayed largely out of: Shea’s divorce papers and the allegations of his ex-wife.

The Inland Northwest Leadership PAC, and its chair Sharon Smith, launched the site with help from FUSE Washington. Smith, like Shea opponent Biviano, is a former chair of the Spokane Democrats.

“One of our main missions is to foster enthusiasms for political volunteerism,” Smith says. “It’s hard to do that when you have elected officials to behave like this.”

She says that it’s the sum of incidents that is impressive.

“We started to look at documents and we were shocked about the amount of information that was out there,” Smith says.

But, in its original version, the Shea Report also inaccurately pushed the notion that Shea had “pointed” a loaded gun at another driver, and that Shea had admitted that. One initial police report from an officer reviewing 911 calls said the victim “indicated that Shea had pointed a gun at him.”

Follow-up police reports, however, consistently told a different story: When questioned by police officers, both Shea and the victim denied the gun had ever been pointed at the victim.

(Also diverging with the police reports: A statement from a supposed ‘fourth witness” indicating Shea was calm during the entire incident. Shea or a staff member deleted Inlander questions about the witness from his Facebook page. Calls to Shea’s attorney, Bob Cossey, were not returned.)

By contrast, when called Smith to ask her about the inaccuracy, the site was changed quickly afterward.

“We don’t need to embellish this,” Smith says. 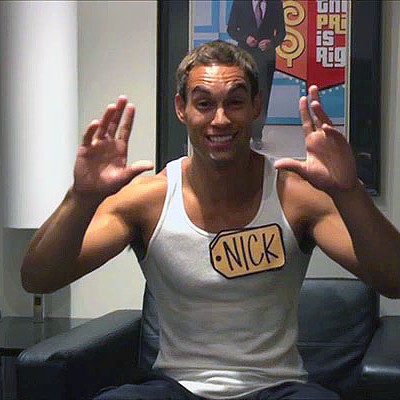 Spokane man could be next Price is Right model

MORNING BRIEFING: Wind, fires and a body in the river