This week’s Entree has news of a new cidery, Twilight Cider Works, opening up in Green Bluff, plus some temporary closures and an upcoming zombie-themed doughnut shop. (Sign up here for the email newsletter if you haven’t already.)

One of the temporary closures mentioned is Geno’s in the Logan area, which was damaged in a fire last weekend along with a neighboring apartment building. The reopening isn’t scheduled yet.

Two local establishments are representing Spokane in New York City this summer: No-Li was there this past week with Jet Star Imperial IPA and Wrecking Ball Imperial Stout for SAVOR, a huge beer-and-food gathering. And Santé is headed there in August for the honor of preparing dinner at the James Beard House. Turns out it’s not actually cheap to prepare a fantastic meal in Manhattan and fly everyone there to do it, so Santé has a Kickstarter campaign going right now.

Also on Kickstarter, SAVORx Spice & Flavor Co. paired with the Farmgirl Gourmet blog (and a local woodcrafter) to start a new campaign for a “Spiceologist Block” project that’s basically an attractively simple, super organized spick rack. In theory you can get the full set, including 44 spices, by pledging $259.

Happy first birthday to two local establishments: Casper Fry is having a celebration on Saturday (with a very pretty poster by Karli Ingersoll) and Selkirk Abbey is hosting a party on June 29. And the Porch Public House in Hayden Lake is celebrating a full decade with a party and live music, also on Saturday.

Too much beer? Never. This should probably just be called the Beer Blotter With Occasional Things About Food. Anyway, in beer news:

The Rocket Bakery on First Avenue has always had a good selection of bottles, but now they’ve got their taps going for pints and growler fills. (Expect a steady supply of River City beer, since it’s brewed in the same building.)

Ramblin Road is tentatively planning to open their taproom in September.

The Spokesman’s got a little preview of what to expect from the upcoming South Perry Brewing Company.

A second Total Wine beer/wine/liquor superstore on Indiana in the Valley? Sure looks that way, according to the liquor license list.

It looks like a new home brew supply shop is in the works, appropriately called Nu Home Brew.

And don’t miss this week’s print feature about the big plans over at the newly renamed Orlison Brewing in Airway Heights.

Read the Food Blotters of past weeks here. 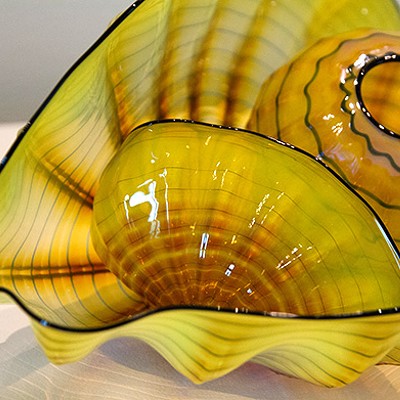