Washington state wildlife officials yesterday took the rare step of authorizing the killing of any wolves that might approach a flock of sheep in southern Stevens County after investigators tied 16 recent sheep kills to the nearby Huckleberry wolf pack.

The Washington Department of Fish & Wildlife reported rancher Dave Dashiell, of the town of Hunters north of Spokane, had cooperated with nonlethal efforts to end the wolf depredation in recent weeks, but moving the flock and patrolling with range riders had not stopped the kills. 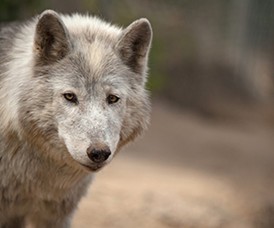 Officials say the wolves will not be actively hunted, but any approaching wolves may be shot.

"Observing a wolf in the wild is a fairly rare thing," says Nate Pamplin, WDFW wildlife program director in a news release. "Given the escalating pattern of attacks on this flock of sheep, it's safe to assume in this situation that any wolves in the vicinity of that flock pose a direct risk to those animals."

Investigators linked wolves to 16 kills in four separate incidents, officials say. A tracking collar on one member of the Huckleberry pack, named after nearby Huckleberry Mountain, was recorded at the site of one of the recent sheep kills.

The Huckleberry pack has six to 12 members. Officials say they do not believe the pack had ever hunted livestock prior to the recent attacks.

Wolves were removed from the federal Endangered Species List in 2011. Hunting in Idaho and Montana has proven incredibly controversial. Officials say they will continue to pursue other nonlethal measures.

"Our preferred option is to help the livestock owner move the sheep to another area, but finding a place to graze 1,800 animals presents a challenge," Pamplin says. "We'll continue to do everything we can to avoid further conflict."