Spokane attorney: State hospital patients with no mental illness should be released 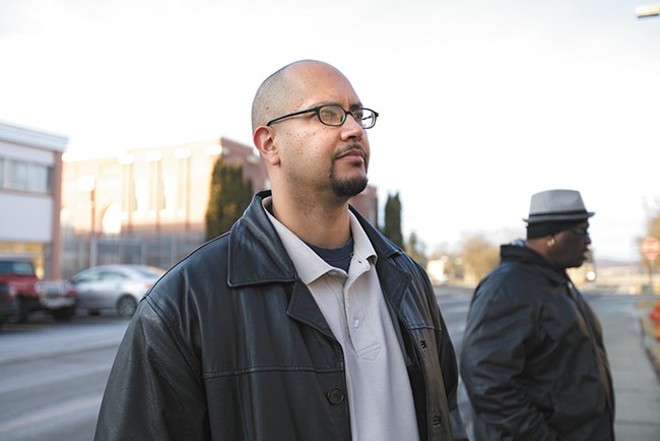 Young Kwak
Eastern State Hospital patient Ketema Ross is one of the plaintiffs in a lawsuit against Washington and the Department of Social and Health Services.
Patients at Eastern and Western State Hospitals who have been adjudicated not guilty by reason of insanity and are no longer mentally ill are entitled to their release, a Spokane attorney argued before a federal judge Tuesday morning.

At a hearing at the U.S. District Court of Eastern Washington, attorney Andrew Biviano asked Judge Thomas Rice to order the state Department of Social and Health Services to review and identify all NGRI patients at state hospitals whom clinicians acknowledge have no mental illness. Those patients do not meet constitutional commitment criteria, Biviano argued, and should be discharged.

Tuesday’s hearing was part of an ongoing federal lawsuit against Washington state and DSHS, alleging that current state laws violate NGRI patients of their constitutional and civil rights to adequate mental health treatment and release. The plaintiffs in the suit are three NGRI patients at Eastern and Western State Hospitals — including Ketema Ross, whom we wrote about in February — and Disability Rights Washington, an organizational plaintiff representing for all NGRI patients at state hospitals. DSHS is required by law to regularly assess NGRI patients and petition the courts for their conditional or final release.

When asked by the judge, Assistant Attorney General Sarah Coats flatly denied that there are any NGRI patients at Eastern or Western State Hospitals with no treatable mental illness.

“There is no evidence that DSHS is not doing its job,” Coats said.

But Biviano pointed to the case of plaintiff J.T., a former NGRI patient at Eastern State Hospital. (You can read his story here.) Biviano said DSHS actively opposed J.T.’s release for more than a year after his doctor determined he wasn’t mentally ill. J.T. was discharged last month when the superior court judge and prosecutor in the county where his case was tried agreed that his continued commitment was unconstitutional. There are other patients, Biviano said, like J.T. who have no mental illness and remain confined with no plans for release.

“What DSHS is caving to is the political fear and hysteria that culminated in the wake of the walkaway from the state fair,” Emily Cooper, an attorney at Disability Rights Washington, told the Inlander after the hearing, referring to Eastern patient Phillip Paul’s highly publicized escape from the Spokane County fair in 2009. “Think about the folks who are being held in emergency rooms and jails. They should go in and then people who don’t need treatment should go out.”

Why The CW gets comic book shows right