The Spokane City Council had a marathon meeting thanks to a controversial idea about its apprentice program. (Inlander)

Spokane police are looking for a man who stabbed an acquaintance in Riverfront Park. Were you in the area around 5 pm Tuesday night? (KHQ)

The 4th of July in northern Idaho just got a lot more interesting as the Coeur d'Alene City Council overturned its ban on guns at parades. (KREM)

Portland has released a report detailing how the police should deal with the local hip-hop community. (Oregonian)

Got Comcast? If so, your broadband speed is getting the steroid treatment. (Seattle Times)

Have a cigar! The U.S. and Cuba are in talks to reestablish diplomatic ties. (New York Times)

New York theater cancels its premiere of The Interview due to threats of the Sony hackers. (CNN)

A special Elf, open mics and an invite for cheery writers 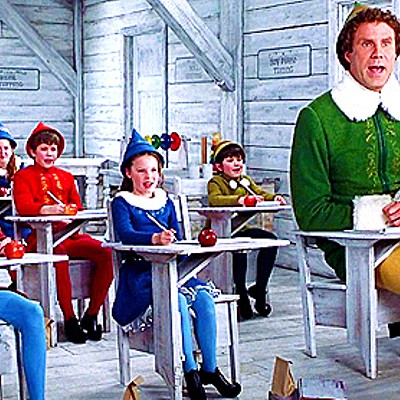