MB: Gas-tax hike, trip to Mars and Tulsa reserve deputy turns himself in

Spokane murderer will get a hearing for early release almost 25 years later, thanks to a 2012 Supreme Court ruling. (Spokesman-Review)

This guy is one of 100 finalists to go on a mission to Mars.

Nigeria's President-elect promises to free the 200+ schoolgirls who've been abducted by Boko Haram, if they're ever found. (New York Times)

Was a 78-year-old woman with severe Alzheimer's able to consent to sex with her husband? (New York Times)

The reserve deputy in Tulsa turned himself in after accidentally killing a suspect with his service pistol. (Washington Post)

Jordan Spieth became one of the youngest Masters winners ever last weekend, and his caddie is a middle school math teacher. (Washington Post)

After 27 years as a DEA informant, a former Medellin cartel official wants to call it quits. (Huffington Post)

Virginia students are being reported to law enforcement for behavior that can be dealt with at school. (Center for Public Integrity) 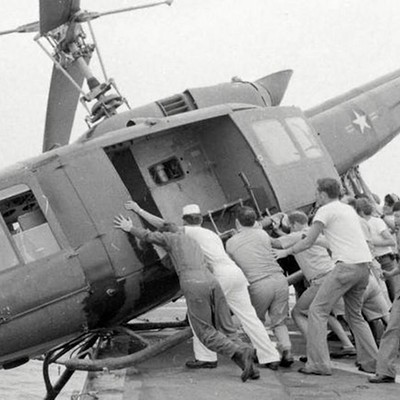