The temperatures are soaring, but it's still hard to resist the allure of the outdoors. Thankfully, our event listings and Staff Picks offer plenty of options both indoors and out for your consideration.

Here's a look ahead at some of the highlights for the week of June 8:

Wednesday, June 10
FILM | It's another edition of the Inlander's Suds & Cinema, and this time we're showcasing one of the best comedies of the '80s in National Lampoon's Vacation. There will be beer from Steam Plant Brewing Co., ice cream from Brain Freeze, and a lot of sweet air-conditioning inside the Bing. Here's a look at the film:
WORDS | Dr. Steven Gahn is a renowned mountaineer and climate scientist, and he'll be visiting the Spokane Valley Library to discuss "Why We Should Save the World's Frozen Water."

COMMUNITY | The Girls Pint Out, a national organization of craft beer for women, is hosting a meetup of its Spokane chapter at The Backyard.

Thursday, June 11
LIVE BANDS | Spokane's own Too Slim and the Taildraggers unplug their instruments for a special show at The Bing.

Friday, June 12
VISUAL ARTS | Sherman Avenue in downtown Coeur d'Alene will feature an array of up-and-coming artists at the Emerge Art Show, featuring artists who have not had major solo shows — yet.

COMMUNITY | Spokane Pride 2015 includes a parade followed by a festival at Riverfront Park.
click to enlarge 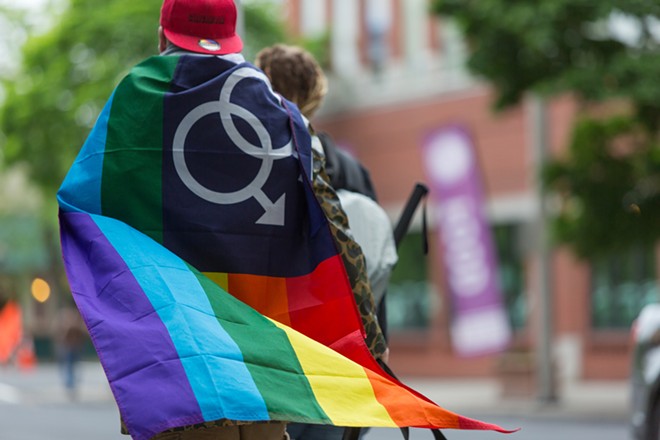 Mariners woes got you down? It could be worse. Here are 10 ways how.