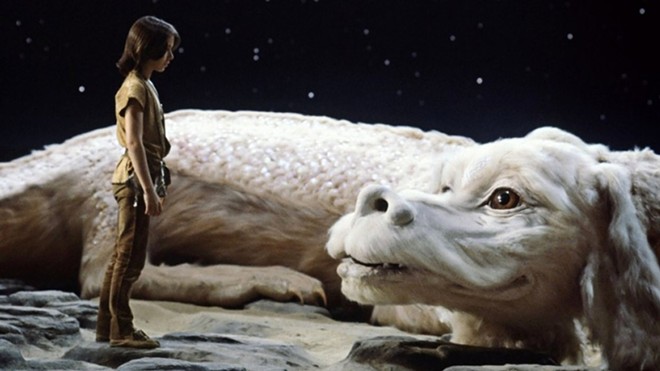 In just a few days, June 21, summer is going to be all official, so it's time to step up your recreation game. Use our event listings and Staff Picks to help you out.

Here are some highlights from the week ahead:

FILM | The Garland Theater's summer camp movie series is off and running, and this week it goes full '80s with The Neverending Story on the big screen.

FOOD | Join chef Adam Hegsted for an exploration of soft pretzels and beer, two of the most important aspects of the bar life.

MUSIC/FUNDRAISER | KYRS hosts New Orleans groovy dudes Motel Radio for the station's birthday party, and the band will be joined by locals Matt Mitchell and Cursive Wires. Read our profile of Motel Radio before you go.

OUTDOORS | It's time once again to leave the car at home and pedal your way to the South Hill for Summer Parkways, a luxurious night dedicated to family fun and the elimination (briefly) of motorized vehicles from the streets.

COMEDY | Cedric the Entertainer is one seriously funny dude, and he's headlining a show at the Coeur d'Alene Casino tonight. Read our interview with Cedric before you go.

WORDS | NPR political correspondent Mara Liasson hits the Bing for what should be an intriguing talk, hosted by Spokane Public Radio.

DRINK | Beerocracy specializes in good vibes and delicious beer — often hard-to-find ones — and you can expect plenty of both at the Garland District joint's Two-Year Hootenanny tonight and Saturday.

MUSIC | Blues legend Buddy Guy swings by for a headlining show at the Fox Theater. Here's a taste of the style that's made him a favorite among guitar lovers everywhere:

FESTIVAL | Bazaar brings a supercool collection of local artists and craftspeople together once a year, and today is the day! Head downtown in Spokane and get with the program full of music, food and awesome artwork. Both sides of aisle call to end separation of families at border, Washington ID cards to change and other morning headlines