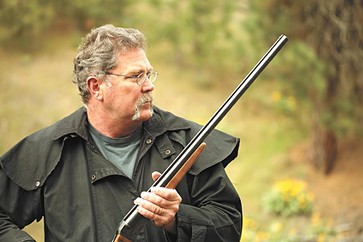 In case you missed the announcement, the 2015 Washington State Book Awards were presented in Seattle last Saturday night, with two out of the four Spokane-area writers nominated for this year's prize taking home honors.

Winning the fiction category's top honors is Mt. Spokane High School teacher Bruce Holbert for his second novel The Hour of Lead (here's our profile on Holbert from last fall).

Both Holbert and Marshall are first-time state Book Award winners, though Marshall was also a finalist back in 2010 for his poetry collection Tangled Lines.

This year's two other Spokane nominees included Greg Gordon for his nonfiction account When Money Grew on Trees: A. B. Hammond and the Age of the Timber Baron, and Mary Cronk Farrell, nominated in the young adult category for her book Pure Grit: How American World War II Nurses Survived Battle and Prison Camp in the Pacific.

The deadline for nominations for next year's awards (for books published this year, 2015) is April 1, 2016.

The Other Ones: Who are those guys on stage with Clinton and Sanders at tonight's Democratic debate?