No, Vice, IPA's don't give you man boobs (but they probably don't help, either) 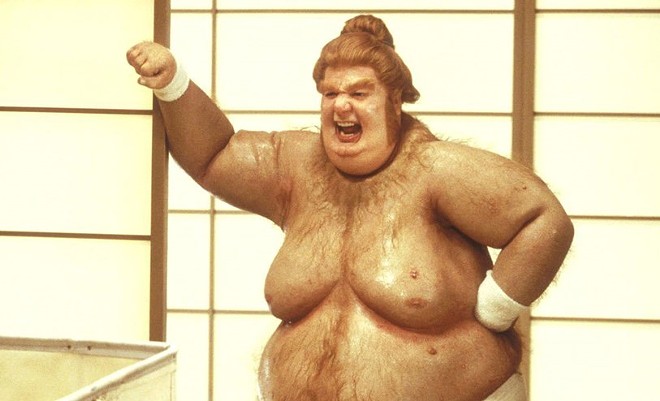 Are all those hoppy IPAs the reason you have "man boobs?"

The folks over at Vice seem to think so. Last week I was thumbing through Facebook on my phone when I came across this article on their Munchies blog with the headline: "IPAs Are Giving You Man Boobs."

The post links to an abstract of an article in the Journal of Clinical Endocrinology and Metabolism that found phytoestrogen in hops. (Phytoestrogen is essentially a chemical found in plants that imitates estrogen.) Hops, as we all know, are one of the main ingredients in beer (it's the one that adds bitterness; IPAs are typically brewed with more hops than other styles). The abstract says that the particular type of phytoestrogen in hops has "activity greater than other established plant estrogens." The post also says lists some standard uses of hops in herbal medicine as a sleep inducer, a diuretic and treatment for symptoms of menopause, citing the book Sacred and Herbal Healing Beers by Stephen Harrod Buhner, "Earth Poet," "herbalist" and "physician" since 1911.

Vice's post actually went live this past summer, but I saw it for the first time a week ago on social media. After a little digging, however, I came across a Business Insider post refuting Vice's man boob fear-mongering. Oh, and the journal article abstract linked to in the post? It appears the last line is completely ignored. It reads: "This phytoestrogen can also be detected in beer, but the levels are low and should not pose cause for concern."

According to the Business Insider piece, man boobs are not the result of drinking super hoppy beers according to, well, science.

Richard van Breemen, a professor of medicinal chemistry at the University of Illinois College of Pharmacy in Chicago told Business Insider that the trace amount of phytoestrogen in beer isn't enough to disrupt hormone function. In other words, beers with lost of hops, like IPAs, won't give you man boobs — at least not just because of the hops.

And now that you're all riled up, here are some exercises and fitness tips for shrinking your man boobs.

Men's Health fitness advisor, BJ Gaddour, recommends four exercises: lying supported dumbbell row, dumbbell goblet box squat, 1 1/2 push-ups and bumbbell skier swings. Do these into two supersets, which means as many reps as you can in a certain amount of time with short breaks between exercises.

GQ suggests these exercises: plyometric push-ups (explode on the way up and clap your hands at the top), bench press and dumbbell flies.

Morning headlines as you start the day