A breakdown of where Spokane's two mayoral candidates are getting their money and how they're spending it.

A preview of this weekend's college football showdowns, as Eastern takes on Weber State, WSU takes on Stanford and Whitworth takes on Pacific University.

A 16-year-old girl in Oregon has been diagnosed with the bubonic plague following a hunting trip. Health officials believe she contracted the bacterial disease, carried by rodents and their fleas, from a flea bite. She's doing okay, since if caught early the disease can be treated with antibiotics. (USA Today)

Details are being revealed surrounding a deadly shootout involving a Texas motorcycle club. More than five months after the May shootout, no one has been charged with the deaths of nine bikers, even though 177 people were arrested and 480 weapons on those present were seized. CNN recently published a new story delving into the complex case after requesting documents and surveillance video of the Waco shootout. (CNN)

NASA released new images of an unusual series of massive patterns — geoglyphs — on the Earth's surface, discovered several years ago on Google Earth. The geometric shapes are located in Kazakhstan, and are estimated to be 8,000 years old. (New York Times) 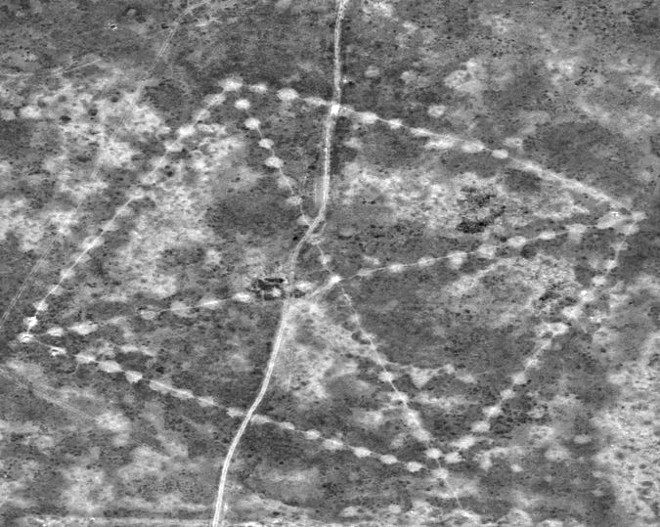 NASA
A satellite image of one of the geoglyphs recently captured by NASA.