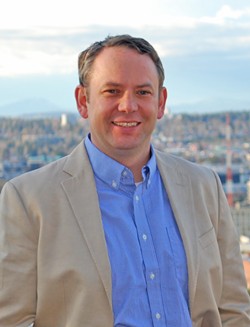 An attorney representing Mayor David Condon, who today was sworn into his second term, has responded to three ethics complaints lodged against him over answers he gave to questions regarding the ouster of former Police Chief Frank Straub.

Earlier this month, former Council President Joe Shogan, local businessman Jamie Pendleton and activist Mara Spitzer filed ethics complaints against Condon. The trio of complaints allege that the mayor was untruthful in stating that he was unaware of any allegations of sexual harassment against Straub. Records released in November revealed that Condon was in fact aware that former police spokeswoman Monique Cotton alleged sexual harassment against Straub, but didn’t file a formal complaint.

Condon has maintained that he was referring to formal complaints when responding to questions of his knowledge of the allegations. The response filed by James King, Condon’s attorney, on December 29 addresses each complaint individually and asks for each to be dismissed.

In responding to Pendleton’s complaint, King writes that it was “absolutely true” when Condon responded to questions about sexual harassment allegations concerning Straub when he said “The issue that you speak of, there has been no official filings of anything.”

Calling Shogan “a political foe of Mayor Condon,” King writes that the former council president’s complaint is “false and frivolous” and shows a “manifestly inadequate understanding of the facts and circumstances involving the Cotton issue.”

The Spitzer complaint alleged that Condon violated city code by withholding information “pertinent to voters” in the run up to his reelection. King writes that the complaint’s reasoning is “impermissibly void, nebulous and fatally subjective.”

The response does not address a fourth complaint filed last week by the local chapter of the national feminist group the National Organization for Women that alleges Condon withheld key facts concerning the alleged dust up between Cotton and Straub and that his administration should have conducted a formal investigation.