Ayn Rand, Dead Heads and other bumper stickers at the Ted Cruz rally in Idaho


Cruz wins Idaho: 45 percent of the vote state wide, and 44 percent in Kootenai County, where he spoke last Saturday.

I showed up late (and a little buzzed) to the rally, so instead of standing out in the mud listening to the presidential hopeful talk through some speakers, I sought to capture the true flavor of a Ted Cruz rally in North Idaho.

Because you can tell a lot about people by the sticker on the back of their car.

Honestly, after this, even Atlas doesn't even care who you vote for.

Ted Cruz will stand up against the Easterlings, who invade the Hithlum border at the orders of Morgoth. Ted Cruz does not believe that deposing Sauron is a responsible use of the Gondorian Army. Ted Cruz believes the federal lands of Mirkwood Forest should be returned to the people of Idaho.

Jerry would be a huge Cruz supporter, obviously.

Archie was right. There's no need to choose between Betty or Veronica. Love doesn't make you choose. 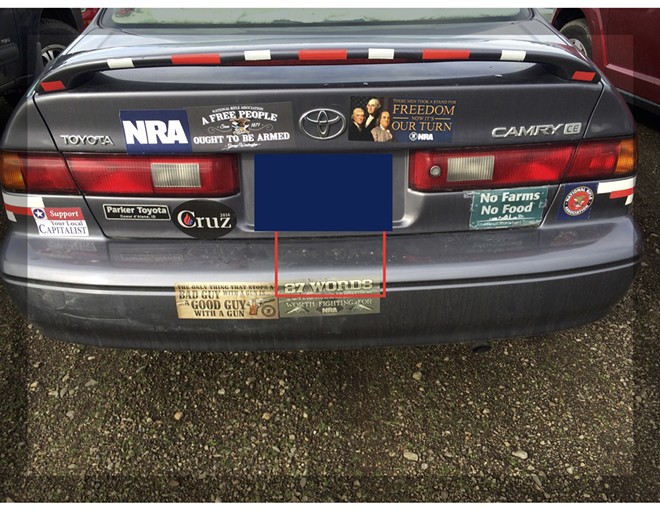 A Cruz supporter who takes a bold stand against both farms and food.

"Had enough?" the car asks. "The only way to stop the sheer quantity of bumper stickers on this car is to vote Republican." 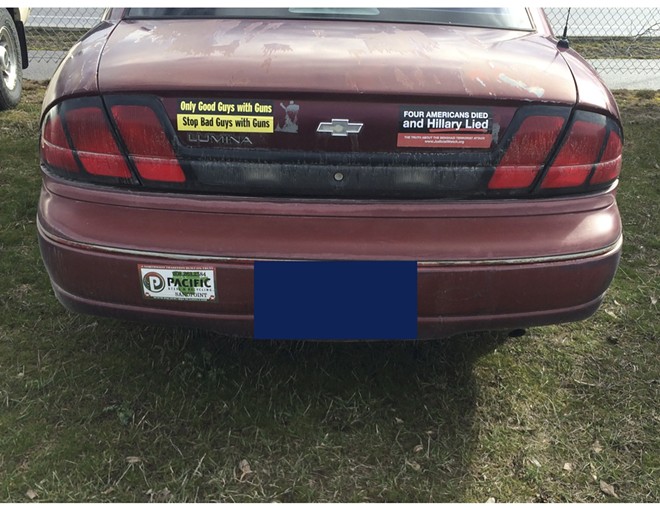 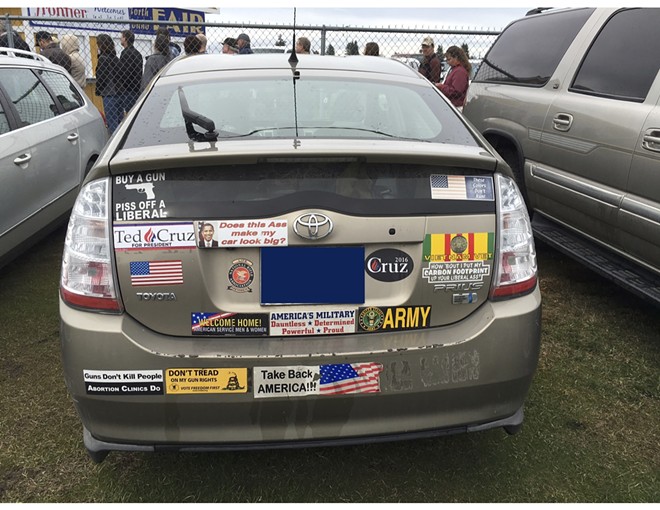 And the winner is: "How 'bout I put my CARBON FOOTPRINT up your liberal ass" ... on a Prius

Not a Liberal. He prefers the term "Progressive."

FACT CHECK: In fact, the word "vegetarian" is a relatively recent linguistic invention, popularized in 1839, a mashup of vegetable and "agrarian."

Germany finally found it underneath the couch cushions

Deep in Enemy Territory, Bernie Bro fears nothing. Nothing but trace amounts of gluten.

Now this guy understands conservatism. It isn't what you add that makes something conservative. It's what you take away.

This is why Starbucks lady carries. She never knows when she's going to run into a live rattlesnake.

This Reagan guy makes some interesting points. I wonder why conservatives never mention him.

Nice Carson sticker, but... THE DOCTOR IS OUT.

Mentally-ill man gets disturbingly close to White House, and other news