THIS WEEKEND IN MUSIC: Mootsy’s turns 21, So Pitted and the Sword

Mootsy's is finally old enough to drink this weekend!
Here are the three music venues hosting killer shows this weekend. Of course they aren’t the only places putting on live shows. Check out the Inlander’s full weekend music listings right here.

BABY BAR
Friday (as in tonight), the burrito joint/tiniest bar is hosting a late and early show with five bands in all. Get there by 8 pm for a full evening of punk, grunge and rock.The early show gets girly with Seattle punk rockers Mommy Long Legs and then manly with Seattle pop rockers Boyfriends (also playing Treefort this weekend), while the late show brings in locals Jan Francisco and the Smokes. Portland's own pop rockers Honey Bucket conclude the evening. Then Saturday, Texas-based the Rich Hands (also playing Treefort) headline the Baby Bar. Locals Jan Francisco and Trancine open. Get there around 9 pm. Naturally, these shows are all free.
THE BARTLETT
The Round music and arts series is still running merrily along. Tonight, the Bartlett hosts the 17th edition of the show, this time with local folk acts Perenne, Feral Anthem and Jacob Jones getting everyone in touch with their emotional sides. And for a perfect sound to close out Easter Sunday, the Bartlett welcomes the noise-rock, psychedelic punk and grunge sounds of Sub Pop’s own So Pitted. The show also features Diarrhea Planet and Music Band. Cost is $10 and the show starts at 8 pm.
MOOTSY’S
The famed yellow-doored establishment is finally old enough to drink this weekend. To celebrate the joyous occasion, the downtown watering hole is putting on two back-to-back shows full of some of the best local acts around. Friday night, it’s Von the Baptist, Pine League and Cursive Wires providing the soundtrack; on Saturday, it’s Six State Bender (an on-and-off-again band that has songs called "Tits" and "Spokane Drunk City"), Fun Ladies, Dark White Light and Foxy Sluts. Shows start at 9 pm and cost is $5. Get there early as these shows are sure to be at capacity.

LOOK AHEAD TO MONDAY: The Sword plays the Pin! The Blind Pets cut the crap and play Baby Bar. Both shows are going to be off-the-chain wild.

All the Gonzaga Sweet 16 buzz you need to know 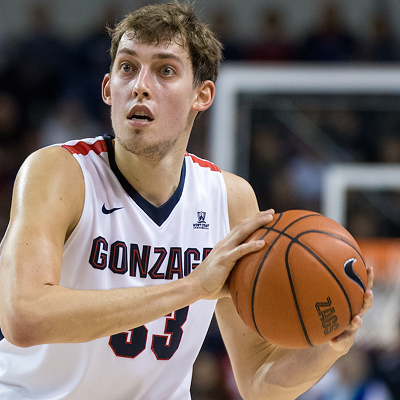