Hamilton stays on the $10, Stuckart hit with ethics complaint, and other news of the day 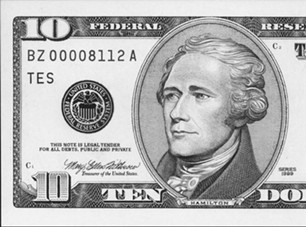 It's all about the Hamilton, baby
ON INLANDER.COM

ALLLLLVVVVIIIIINNN!
• Dale Alvin is bringing his "Roots on the Rails" to Spokane. When? You'll have to click this link and give us more page-views to find out.

That's the thing about Militants. They're Militant
• In an episode of Sheriff Ozzie's podcast, Harney County sheriff Dave Ward says militants were being all militant even before they took over the Malheur National Wildlife Refuge. (Spokesman-Review)

More Ombudsman, Less Ombudsman
• Breean Beggs has a new plan to change the ombudsman hiring process — by cutting the unions out. But to do that, he would give the ombudsman less of a role in officer discipline. (Spokesman-Review)

Cruz's Attacks on "New York Values" Fails To Be Valued By New York
• Trump absolutely cleaned up in New York. Cleaned. Up. Meanwhile, Ted Cruz got slaughtered. And in one district, guess who beat him? If you guessed Ben Carson, good job, but we're guessing you cheated. (Gawker)

Someone Should Teach That Guy A Lesson about Feminism
• The "mom" on Craigslist asking for a "tutor" to teach her "kid" about feminism was a if the quotation marks didn't already give it away. And the guy hoaxing it? He's been accused of serial harassment against women. (Slate)

Oh, and Andrew Jackson's off the $20, to be replaced by Harriet Tubman.  Have a problem with that? Well, cry me a trail of tears.

InHealth: Toast to your health, garden season and fitness fun