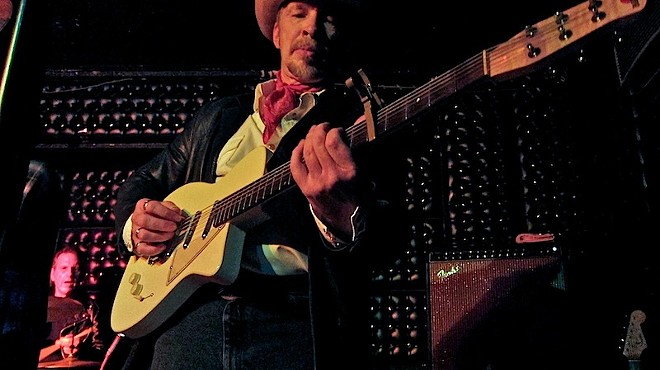 Believe it — Dave Alvin, a masterful songwriter and guitarist, will deliver one of the best shows of the summer in Spokane.
Roots-rock pioneer Dave Alvin is coming through Spokane this summer on his "Roots on the Rails" tour, one of the most unusual ways you'll see a concert tour make its way across the country.

In this case, it's more accurate to say "make its way around the West," as Alvin's journey via railroad starts and ends in Los Angeles, and hits places like Glacier National Park, Seattle and Portland in addition to the Lilac City.

Alvin — known for his years in '80s punk outfits The Blasters and X, and for decades of solo work focused on blues, folk, country and rock music — most recently visited Spokane with his brother Phil last summer.

This time around, he'll be joined by some top-notch musicians, including Eliza Gilkyson, Cindy Cashdollar, Christy McWilson, Chris Shea and more to deliver a night full of traditional American music.

This summer's show is on Tuesday, Aug. 23, at Chateau Rive in the Flour Mill building. Tickets are $25 and go on sale Friday through TicketsWest outlets and its website and at 4000 Holes record store.

Here's a bit of Alvin doing his thing on a tune he wrote for X, "4th of July":

Hamilton stays on the $10, Stuckart hit with ethics complaint, and other news of the day