Concealed carry, transgender soldiers and other headlines as you end your week 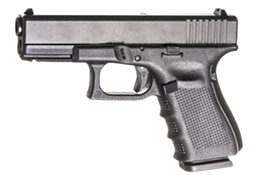 New concealed carry law goes into effect in Idaho
Today is the first day that most residents of the Gem State can legally carry a concealed weapon without a permit.

Transgender soldiers can now serve openly
After a year of study, the Pentagon has announced that it is lifting its ban on transgender people, those who don't identify with the identity they were assigned at birth.

Attorney general will accept recommendations on Clinton email probe
Loretta Lynch, U.S. attorney general, will support whatever prosecutors from the FBI and Justice Department want to do with their investigation of presidential candidate Hillary Clinton's use of a private server while serving as Secretary of State. The decision by Lynch, who was appointed by President Barack Obama, is intended to address concerns that she could overrule decisions by investigators.

First death by driverless car disclosed
Tesla Motors has revealed that a man traveling in one of the car manufacturer's Model S vehicles collided with a tractor and died after putting the vehicle in auto-pilot mode.

New trial for subject of podcast
Adnan Syed, who is currently doing life in prison for the murder of his ex-girlfriend, will get a new trial. The controversy surrounding his conviction was detailed in the podcast Serial.

Bye Nancy
Nancy Grace, who hosts a show on CNN focused on true crime, is going off the air.
Here is a video of her arguing with rapper 2 Chainz over .