It's IPA Day, everybody, so let me tell you about the hoppy goodness you should be drinking

Today is National IPA Day, a holiday that seems to be rather loosely organized yet widely celebrated, not that I need to tell you that. I'm sure you woke the family up early to gather around the hop vines and exchange six packs of India Pale Ale while grandma played all your favorite IPA Day carols on the piano.

Now, don't be one of those naysayers who spin that worn trope that "IPA Day used to be about the beer and now it's just another over-commercialized holiday." Get out there and drink some hoppy beers this evening. Here are some recommendations from around the region.

UPDATE: We're getting word that River City Brewing has all their IPAs on tap for $1 a pint. They do good stuff. Get after it.

Dunn Day IPA — Big Barn Brewing Company
There's something distinctly hearty about this beer. Maybe it's because the hop-forward ale is brewed on a farm up on Green Bluff. But you don't have to head all the way out there to get it. I've often found it at Growler Guys on the South Hill, and other places.

Big Juicy IPA — No-Li Brewhouse
If you haven't heard about this beer, you might be hanging out with the wrong drinkers. I think it's my favorite beer of the summer. The citra hops give it a crisp and slightly fruity back end that makes it a great warm day beer. The fact that it's in six packs of cans at most stores helps too.

Impaler IPA — Iron Goat Brewing
Be careful with this one. I rarely drink imperials because the high gravity makes my ears ring and my mouth say outlandish things. But this one has super floral nose to it that invites you to drink a whole pint and not regret it. It's 8.5% ABV...keep that in mind.

IPA — Laughing Dog Brewing
Don't run up to the north-of-Sandpoint town of Ponderay to try this one at Laughing Dog's taphouse. They're currently closed while moving to their big ol' production facility that will position the 11-year-old brewery to become one of Idaho's biggest. Instead, head to your beer store and get this IPA in cans. Get it really cold and crack that bad Larry.

Single Malt IPA — Perry Street Brewing
This new release from the only brewery on the South Hill is a solid and tasty creation that served as the basis for their popular kumquat IPA they had on this spring. Get a taste of it on PSB's newly revamped patio today.

These are just a few of the IPAs I've been fancying as of late, and, of course, there are many, many other breweries with awesome IPAs. Use our Drinkspotter app to find a place near you that serves a good IPA. 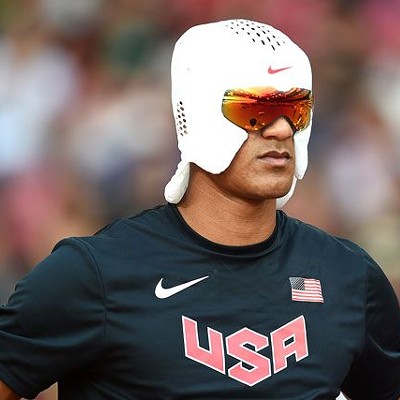