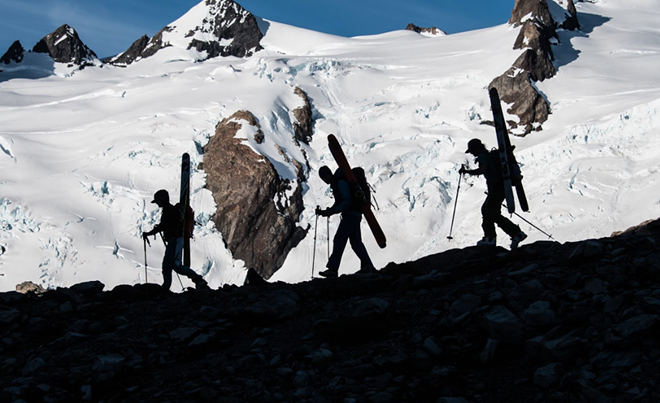 There is a tradition in the snow-sports industry that's been around for a couple decades now, and it pops up around this time of year. It's the ski film — a collection of guys and gals tossing themselves down treacherous terrain and untouched powder fields to fuel the excitement for the impending season.

You've probably seen these — and seen a lot of them — and many look the same, have nearly identical indie hip-hop soundtracks and feature the same ski-porn shots of young athletes ripping it up and saying "stoked" in every sentence.

John Stifter, a native Spokanite and former editor of Powder magazine who now heads up Powder Productions, had seen enough of them, too. He loved to watch big-time skiers do their thing, but when he set out to executive produce his company's first film, produced along with KGB Productions, he wanted to make a documentary that featured skiing, and not just another "ski film."

The result is Monumental: Skiing our National Parks, a film that takes you deep into the history of not just the Parks Service on the occasion of its 100th birthday, but also brings us back to the early days of skiing at these protected lands. The film's premier tour brings it to Spokane on Thursday, Oct. 27 at 7 pm at the Fox Theater in Spokane.

"It’s not a hype film. It's not going to make you excited to buy a season pass, but I would hope for people to take away an appreciation and an acknowledgment of our public lands, specifically our national parks, and to advocate for their protection," says Stifter, who grew up in Spokane, graduated from Gonzaga Prep and spent some time working at Schweitzer Mountain Resort.
The film, as you'd expect, features incredible vistas of Yosemite, Grand Teton, Yellowstone, Olympic and Glacier national parks. But perhaps the most intriguing moments are the historic tellings of how parks like Yosemite have had skiing on their lands since nearly their inception. We also hear from winter park rangers, who talk about the special atmosphere found on these lands, and their careers working there.

As executive producer of the film, Stifter painstakingly dug through historical records and coordinated with librarians to make sure they had the story correct.

"It’s important to know our history. That sounds so obvious, but we overlook how things came to be," says Stifter. "To think that only 100 year ago, which isn’t that long ago, that these people had the foresight to protect these places. I think when people walk out of the film, they'll hopefully be fired up to go backcountry skiing and ski in their national parks."

Now, this isn't to say that there isn't some incredible skiing to be seen here. You'll see plenty of it, most with the skiers trekking through the terrain under their own power, just as the first skiers did in those parks a century ago. Two of the athletes from the film — Washington's own Andy Mahre, as well as Connery Lundin — will be on hand to answer questions from the audience in a discussion moderated by Stifter.

Here's more info on the screening.

Dreamed of penning a novel someday? Get ready to start NaNoWriMo! 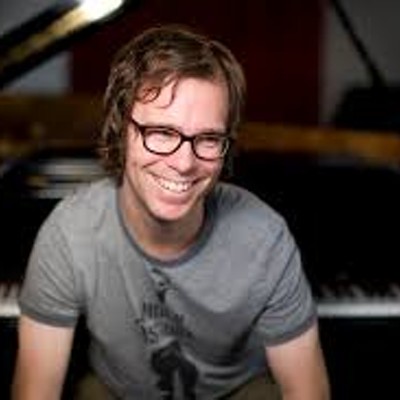