Trump is president and you can't do anything about it, plus election results from the Inland Northwest 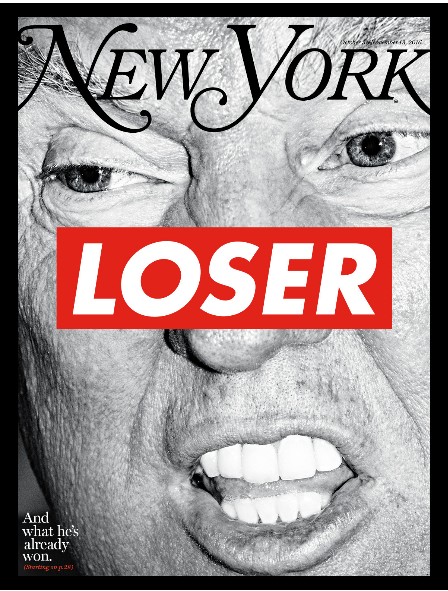 It was a repudiation of the conventional wisdom and, possibly, simply wisdom.

It was a repudiation of all those data wonks and polling firms and smart-set pundits who scoffed and mocked at Trump supporters' ideas that the surveys were "skewed," that you didn't need a ground game or a specific strategy or coherent policies to win.

Don't you see, Robby Mook? The ground game was in the people's hearts all along.

It was a repudiation of Democrats, who find themselves without the presidency, the House, the Senate, most state legislatures and — soon — the Supreme Court.

But it was also a repudiation of Republicans, some of whom stood up against Trump in vain, and others who sold away their belief system — free trade, small government, moral values, opposition to Russia, defense of NATO — for a deal with the Donald.

It was a repudiation of the idea that voters don't really care about Email Server Management.

It was a repudiation of the general rule that you shouldn't spend so much of your campaign budget on hats.

It was a repudiation for the newspapers, who wrote thousands upon thousands of words about six decades of Trump lying and cheating and ogling and self-contradicting and screwing over the little guy to make himself rich, only to find themselves scrambling to rewrite their thinkpieces and toss their "HERstory!" and "MADAM PRESIDENT" headlines in their trash.  And it was a repudiation of nearly every newspaper editorial board across the country, many which shrugged off years of endorsing conservatives to say, no, not this man, listen to us just this once.

It was a repudiation for John Oliver and Jon Stewart, both of whom begged Trump to run for president — because it'd be funny, guys — and then found that their impassioned monologues we were assured DESTROYED Donald Trump did nothing to stop him from winning.

So too, it was a repudiation of all the Joss Whedons and Lena Dunhams and Lin-Manuel Mirandas and Seth Meyers, who poured all their artistic weapons into making clever and funny and profane pieces of art against Trump, only to see, in the words of Kurt Vonnegut, the power of their weapons turn "out to be that of a custard pie dropped from a stepladder six feet high."

It was a repudiation for the believers in karma, that a life lived pursuing greed and plenty would eventually result in your destruction, instead of making you incredibly rich and the most powerful man on earth. It was a repudiation of Jeb Bush's quaint little notion that you can't insult your way to the presidency.

It was a repudiation of those who argued that the Fear of A Black President was the key factor driving Trump, when it turned out that voters who'd voted twice for Obama put him over the top. Turned out economic anxiety may actually have a played a role — blue collar Midwestern counties turned out in force to elect Trump.

It was a repudiation of the notion that the Culture Wars are Over and Liberals Won. Instead, the battleground has just shifted, and it will be over things like Do Muslims Get To Exist in America. It was a repudiation of all those hopeful little girls and old grandmothers and impassioned feminists who placed I Voted stickers on Susan B. Anthony's grave. You'll have to wait longer — maybe much longer — for the first female president.

It was a repudiation of liberals, yes, but also of liberal norms. Now obsolete: The ideas that presidential candidates should release their taxes or really study up on foreign policy or not brag about the size of their genitals in a presidential debate.

It was a repudiation of the thought that It Can't Happen Here, that Brexit or Berlusconi was just something that happened in other places.

Yes, the election of Trump is the middle finger triumphant, raised for all to see against an American flag backdrop.

Now, for the next four years, we get to see if the middle finger can govern.

#NotATrolley Triumphant
The Central City Line is going to be built, guys. Now we get to see if it's a boon or a boondoggle.

The Wages of Initiative
The $13.50 minimum wage initiative passes, though Spokane votes against it.

Staying Mumm
Candace Mumm will not be leaving her city council seat to become county commissioner, making Josh Kerns — full disclosure, I worked with him at Red Robin — our new County Commissioner immediately.

The Dive
The markets worldwide freaked out at the prospect of Trump's election last night. [Washington Post]