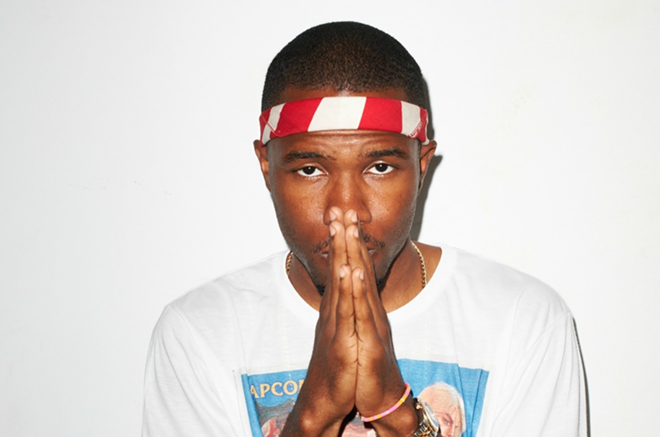 It's hard out there for a music festival these days, even one  as established as Sasquatch! What once used to sell out tickets in mere minutes has recently seen fewer concertgoers walk through its doors. But for Sasquatch! 2017, promoters have already announced a few key developments that have the power to reignite people's interest in the annual Memorial Day Weekend Gorge Amphitheatre event.
click to enlarge

Just this week, it was confirmed that mega R&B superstar Frank Ocean will headline the 2017 festival. Having just released his new album Blonde to critical acclaim, Ocean will head out on tour next year. This is a huge get for the festival that has also hosted visionaries such as Beastie Boys and Kanye West. We can only hope the rest of the lineup, which won't be announced until early next year, will be just as thrilling.

The other big change for the 2017 addition of the festival is that it will only be three days instead of the usual four — which, as I've stated for years, is the best decision ever. That means the shows will run Friday through Sunday (May 26-28), giving festival goers the entirety of Monday (Memorial Day) to recover, pack and head on their merry way.

For those looking to pick up some awesome Christmas gifts, the three-day early bird GA wristbands will cost $275 each, or $295 when those run out, until Dec. 4 at 10 pm. Otherwise, regular-price tickets go on sale January 28.

In August, Stuckart suggested "recall" as consequence for mayor not submitting Meidl for council approval