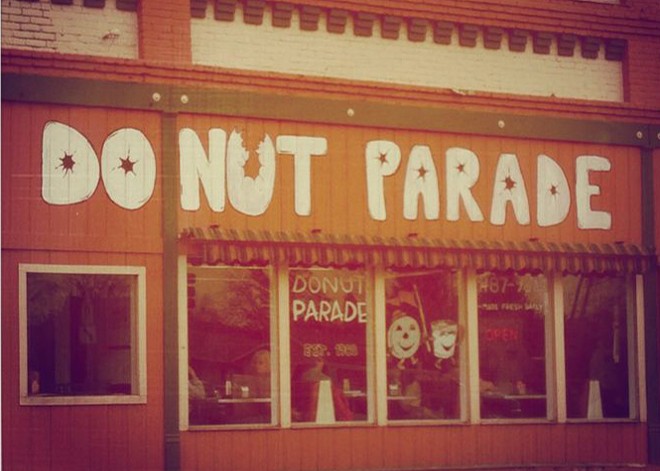 Donut Parade is closed for good.
ON INLANDER.COM

• RALLY, Kyle Gass Band and The Santaland Diaries among this week's happening happenings.

Santa is Watching
'Tis the season for people to steal Christmas deliveries off of front porches, as has been happening on the South Hill already. (KXLY)

Um, okay?
President-elect Donald Trump continued his streak of picking controversial candidates for his cabinet, today choosing Ben Carson to head the Department of Housing and Urban Development, despite Carson reportedly saying he wasn't qualified to lead another department, Health & Human Services, because the doctor had never run a federal agency. (CNN)

Dakota pipeline delayed
The voices of water protectors and environmentalists were apparently heard in the White House, as the Army Corps of Engineers announced Sunday it would not allow the Dakota Access pipeline to be built underneath a section of the Missouri River that serves the Standing Rock Sioux reservation. It is possible that decision could change when Trump takes over the White House.

Club catastrophe
The death toll stands at 35 so far as fire officials have suspended the search for victims of a warehouse fire that broke out during a concert Friday night in Oakland. Continuing the search in the unstable remains of the structure is considered to unsafe.