What We've Been... Reading


Welcome back to the Inlander staff's biweekly rundown of the cool and worthwhile things we've been into lately: words we've been reading, series we've been watching, music/podcast we've been listening to, and tasty treats we've been drinking/eating. This week, we're nerding out about the great blogs, books and journalistic works we've come across lately.

BE MORE WITH LESS

Capsule wardrobe bloggers can show you how freeing decluttering your closet can be.
Every two weeks, I get obsessed with something different. Scroll through my Internet history and you’ll find the everyday Google searches then stumble upon 65 entries over three days wondering, “How to breathe properly” or “Best way to sleep.” Well, lately, it’s all about a capsule wardrobe: a compact, versatile collection of 30 items or fewer, typically to save money, closet space and reduce time spent looking through the contents of your closet, 90 percent of which you have no intention of wearing ever again. There are blogs upon blogs offering advice on how to streamline your wardrobe — that is, the “magic number” of items per season, 3, 5, 10, 20 basics you “must have” in your capsule, or “buy our $5/mo app or you’ll fail,” etc.

Be More with Less has been my go-to blog. It has a veritable ton of methods to declutter everything, positive posts on how to de-stress in general, and the ever-present reminder from blogger Courtney Carver that she is there to help, but no one knows what will work for you better than yourself. I have found I care less about the magic number of clothes, and more that nowadays I can actually remember every piece of clothing I own, so that’s a step for me.

If you’re ready (and it may hurt a little), also check out Tokyo-based organizing consultant Marie Kondo’s The Life-Changing Magic of Tidying Up, a best-selling decluttering and organizing guide that took the world by storm in 2014. (RAVEN HAYNES) 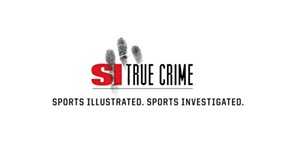 Sports Illustrated is best known (duh) for its photography, but the weekly mag has had its share of excellent writers and ripping good yarns during its decades of existence. And while the magazine is constantly trying new things to stay relevant in the modern media environment — hello fitness columns and ever-increasing dose of “charticles” — the Jan. 9 issue presented a new-ish feature called "SI True Crime" that really is just another name for what the magazine does best — combining some compelling storytelling with stellar photography and some interactive features online.

The story “Cowboy Down” about former Dallas Cowboys’ running back Joseph Randle’s rapid rise to near-stardom, followed by a precipitous drop full of arrests, seeming mental illness and the demise of his career in just more than a year, is simply a great read. Penned by Dan Greene, it delves into Randle’s childhood to find potential sources of his collapse, and skewers his former team for abandoning the talented athlete when a solid support system might have kept him on the playing field and out of prison. This story is well worth seeking out, even if you don’t consider yourself interested in “sports journalism.” (DAN NAILEN)

They call it the “adversarial system,” that is, the process by which we dispense justice for victims of crimes and those accused of perpetrating them. Each side zealously argues their case and presents their interpretation of the facts. Typically, their allegiance is to their clients, and not necessarily the truth.

Late last year, Pulitzer Prize winner Ken Armstrong wrote an important story that stresses the necessity of seeking truth over convictions. “Homer and Harold” is the story of Homer Cummings, the Yale-educated prosecutor in 1920s Connecticut, and the unlikely friendship he formed with the man he saved from near certain execution.

Police handed Cummings a slam-dunk case against Harold Israel, a “thin and quiet” man of simple upbringing, in the murder of a 56-year-old Catholic priest. But upon his own investigation, Cummings concluded that Israel could not have committed the crime and was coerced into confessing. For a half hour, Cummings laid out the evidence against Israel: The oral and written confession, the multiple witnesses, a ballistics expert and the .32 caliber pistol found in his possession — the same type of weapon used in the murder. Then Cummings said: “Despite these facts, however, it goes without saying that it is just as important for a state’s attorney to use the great powers of his office to protect the innocent as it is to convict the guilty.”

Fueled by his own investigation, Cummings proceeded to pick apart the police case, and asked the charges be dismissed. But that’s just the first half. The real story is that of the decade-long friendship between two men of distinctly different backgrounds, tied together by an act of amazing integrity. Enjoy. (MITCH RYALS)

MAYBE YOU HAVEN’T HEARD OF THE ABOLITIONIST MOVEMENT. IT IS PRETTY UNDERGROUND

I’m in the middle of The Underground Railroad, a work of historical fiction by Colson Whitehead. The central conceit, of course, is a very big, intentional historical inaccuracy: It takes the Underground Railroad metaphor — the notion of a network of abolitionists smuggling escaped slaves to the free states — and reinvents it as fantastically literal. Here there is a secret railroad itself, with hundreds, maybe even thousands, of miles hidden underground.

For escaped slave Cora, travels on the railroad take her from station to station on a guided tour showcasing the grotesqueries of the South. Yet even with this mythical conceit, Whitehead gets at truths about slavery far better than much of the gauzy idealization of many stories of the Antebellum Era. The Underground Railroad confronts rape, lynching, torture and brutality and refuses to avert its eyes. At moments, monstrous acts are described in the matter-of-cadence of a woman who’s spent her whole life living in a world of monsters. But just as The Underground Railroad doesn’t shy away from reality, it also rises up from the muck and the blood and the gloom to deliver moments of agency, redemption and epiphany. (DANIEL WALTERS)

THE DISASTER ON EVEREST

More than two decades later, Krakauer's account of the 1996 Everest disaster holds up.
I finally got around to reading Into Thin Air, Jon Krakauer’s personal account of the disaster on Mt. Everest in 1996 that killed eight people who were caught in a storm at the top of the mountain. Krakauer, who originally joined the expedition to write an article for Outside Magazine, documents the grueling climb with excruciating detail, telling the story of the climbers, guides and other teams on the mountain at the time. As readers move higher up the mountain, Krakauer mixes in the history of other climbs, the politics, and the motivations for summiting Everest in the first place.

But reaching the top wasn’t the problem. Krakauer started descending before the rest of his team and barely made it down to avoid the worst of the storm. Others, including the main guide, weren’t so lucky. Krakauer recounts the events as honestly as he can, filling in the blanks with interviews from other survivors. We’re not left with any easy answers; instead, the book documents a series of missteps accumulating in a place where there’s absolutely no room for error, resulting in a tragedy that, looking back, could have been avoided. (WILSON CRISCIONE)

Questions about a Spokane police shooting, sexism in Idaho House and morning headlines

Recommendations, recipes and other advice from your favorite Inlander writers