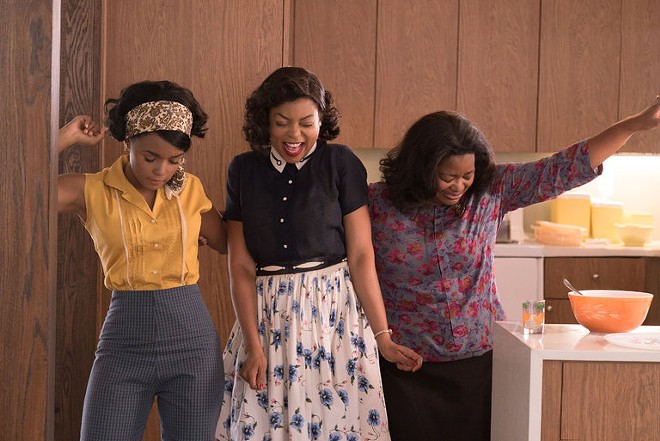 Hidden Figures is up for Best Picture, and Octavia Spencer (right) earned a nomination for Best Supporting Actress.
While you were obsessing over the new president's latest actions or Gonzaga's big win last night and move up to No. 3 in the polls, the Academy of Motion Picture Arts and Scientists released the list of Academy Award nominees this morning.

As mandated by law whenever she makes a film, Meryl Streep is among the nominees up for Best Actress, and after the #OscarsSoWhite controversy last year over the lack of African-American nominees, this year there are a record six nominations for black actors in acting categories (Denzel Washington for Fences, Mahershala Ali for Moonlight, Ruth Negga for Loving, Viola Davis for Fences, Naomie Harris for Moonlight, Octavia Spencer for Hidden Figures). Nothing gets Hollywood moving, apparently, faster than some bad PR.

Among the Best Picture nominees are several still playing in Spokane, including Moonlight, Hidden Figures, Fences, La La Land, Lion, Hacksaw Ridge and Manchester by the Sea; the other nominees in the category are movies that already played here and moved on, but keep an eye out for return engagements now that the nominations are out for Hell or High Water and Arrival.

Of local interest: Viggo Mortensen earned a Best Actor nomination for the Washington-shot Captain Fantastic. And the Spokane NAACP is hosting a fundraiser screening of Best Documentary Feature film I Am Not Your Negro as a fundraiser for the Black Lens newspaper on Feb. 21 at the Magic Lantern.

For a full list of this year's Oscar nominations, go right here. 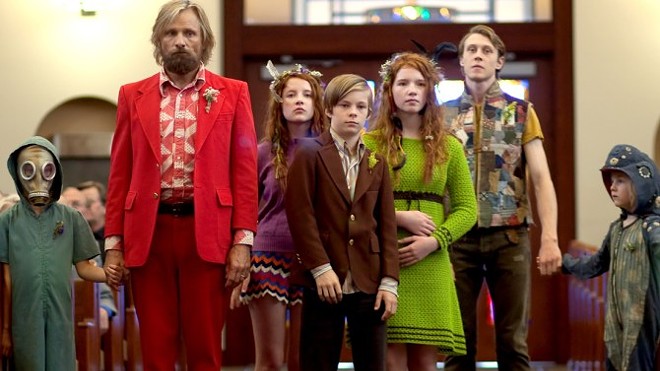 Viggo Mortensen (red suit) is nominated as Best Actor for his role in Washington-shot Captain Fantastic.