Confessions of an Inlander art director: "Nickelback was my first concert" 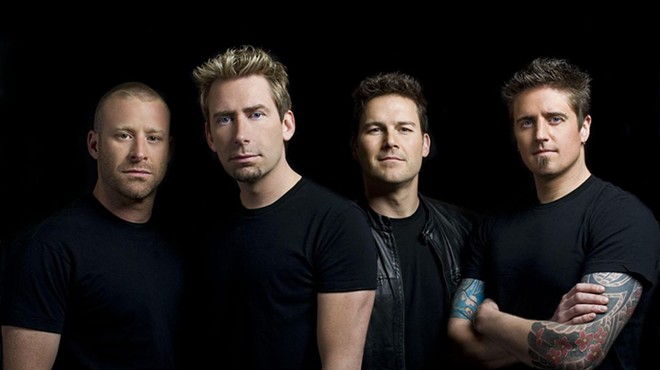 
Dressed in my Payless skate shoes, blue husky-sized jeans and a graphic tee, my mom and I were driving across the state line. I was 12 and on my way to my first real rock show. The song “Lightning Crashes” was stuck in my head.


Nickelback and Live — a band that never quite achieved the same fame — were performing at the Greyhound Park in Post Falls.


When I retold my recollection of this event during my teen years, I would fib and say my mom dragged me with her. But man, I was excited to be there.


It was a night of firsts. First concert, first Rockstar energy drink, first piece of band merch (a black Nickelback zip-up hoodie), and I even saw my first real-life pair of boobs when a woman climbed on a man’s shoulders and dropped her top.


Now the much-maligned Canadian rockers are back at it with a tour and ninth studio album set for release on June 9. Catch Nickelback August 29 at the Spokane Arena with Daughtry — another 2000s great. Tickets go on sale February 11 at 10 am through TicketsWest and range from $30-$125.

Here's the first single off the upcoming album (it's got some heavy riffs, enjoy!):