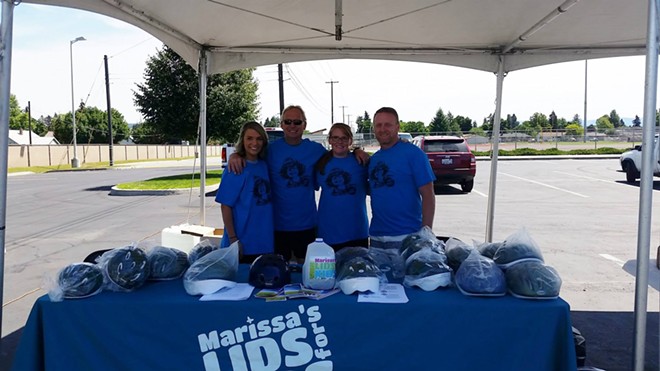 Courtesy of Ryan Holyk's family
Carrie and Norm Thomson (center) during an annual fundraiser in memory of their son.
After the initial phone call, a harrowing 10 days in the hospital and the wrongful death lawsuit that dragged on for two years following Ryan Holyk's death, his family is finally finding some peace.

Since the 15-year-old was struck and killed, evidence shows, by a speeding Spokane Valley deputy in 2014, his family has put on a fundraiser called Ryan's Ramble. The events vary each year — from a fun run to last year's hot dog grill and silent auction. The proceeds are donated to Marissa's Lids for Kids, an organization that provides underserved kids with bicycle helmets and raises awareness about helmet safety.

This year's event will be May 20 at Daley's Cheap Shots in Spokane Valley. There will be a cover charge, a silent auction, a raffle and a corn hole bags tournament. The event is all-ages.

"I started this because I wanted something positive to come out of this situation, and I had to find something else to focus on," Thomson says. "I just wanted a day of positivity and helping our community."

The past two years have been so successful, Thomson says, that some of the proceeds this year will go toward a service-based scholarship in her son's memory. This would have been Ryan's senior year of high school.

The "Happy Llama Scholarship" is open to all West Valley School District students, and will award $500-$1,000 based on service to the community (more details below).

Why llamas? Well, that's because Ryan liked llamas, Thomson says. He was kind of a goofy kid, and llamas are kind of goofy looking, she says.

Happy Llama by MitchRyals on Scribd 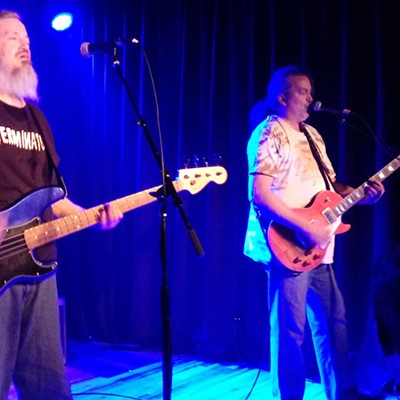