NEWS: The Spokane County Democratic Party not only filed campaign donations late or improperly, but also used money it had set aside only for scholarships to keep things running.

NEWS: A Spokane prosecuting attorney was appointed to fill the 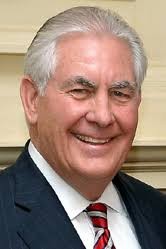 When it comes to North Korea, the U.S. is running out of patience, says Tillerson.
late Judge Sam Cozza's spot on the Spokane County Superior Court bench.

NEWS: Three men who were wrongly convicted in a robbery and later found innocent due to lack of evidence have now had their names cleared after a Spokane judge found they were actually innocent, meaning that a lot of state money will likely be coming their way.

MUSIC: Miss the Outercourse and Dancing Plague of 1518 show last Thursday night? Tuck's got you covered.

Congress gets Obamacare, too
The Washington Post takes a look at claims about the health coverage that members of Congress get; it's a little complicated, but many of them are on the exchanges. (Washington Post)

What to do about North Korea
Recent displays to show North Korea's nuclear strength and U.S. efforts to deal with the underlying issues have been compared to the "Cuban missile crisis in slow motion," with Secretary of State Rex Tillerson recently saying a strategy of patience is ending, the New York Times reports. (New York Times)

Elkfest announces this year's lineup of artists, and it's as eclectic as ever