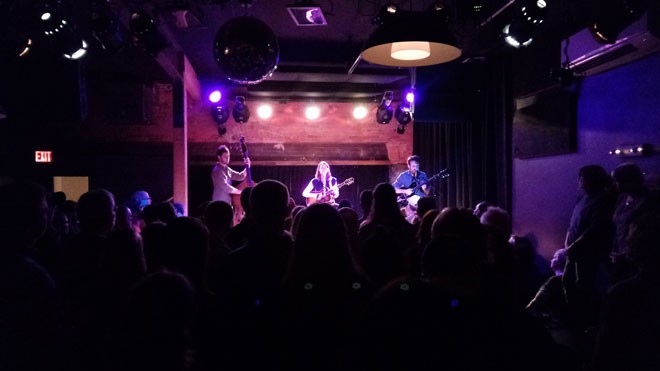 "Beguiling" is a good one. "Talented" — obvious, yes. "Charming," indeed. She's all those things and then some on stage, leading her small band that also includes upright-bass player Jeff Picker and animated guitarist Anthony da Costa.

At Jarosz's sold-out show Saturday night at the Bartlett, part of her final road trip in support of her 2016 album Undercurrent, Jarosz was all smiles as she led the trio through songs pulled from throughout her career. She was quick-witted with her between-song banter, and complimented the enthusiastic crowd on its ability to clap along in proper time. There were some serious bluegrass and acoustic fiends in the crowd, hooting repeatedly at stellar instrumental passages — and there were a lot of them thanks to Jarosz's own abilities on mandolin, banjo and guitar, as well as the skills of her fellow musicians on stage.

Undercurrent received the lion's share of attention, naturally, and deservedly so — the album won Jarosz this year's Best Folk Album Grammy award. "House of Mercy" (Grammy winner for Best Americana Roots Performance) was a highlight, as was "Comin' Undone," a swanky slice of country-soul co-written by Parker Millsap. "Take Another Turn," "Lost Dog" and "Jacqueline," a song inspired by runs around the Jackie Onassis reservoir in Jarosz's adopted hometown of New York City, all received excellent performances.

Older songs fleshed out the show, from the ethereal
click to enlarge

Sarah Jarosz
"Mile on the Moon" and stark "Build Me Up from Bones" to "Tell Me True" from her 2009 debut Song Up in Her Head, recorded when Jarosz was still a teenager. Brand-new works from her "Blue Heron Suite," debuted just last month after being commissioned by the Freshgrass Festival, were exciting additions to a remarkably deep catalog for an artist so young.

Of course, Jarosz has years of experience after a childhood on the bluegrass circuit and landing a record deal in high school. She has raised expectations with every album, and chances are next time we see her in Spokane she'll have to play a bigger room — or at least two nights at the Bartlett, where the sound was ideal for an acoustic show like this one. 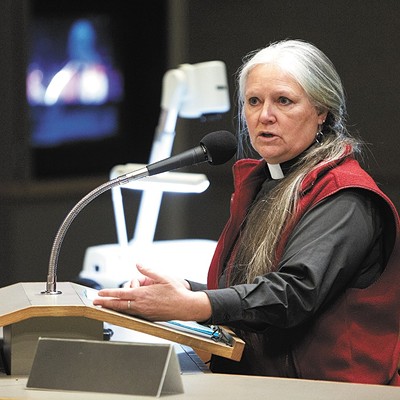