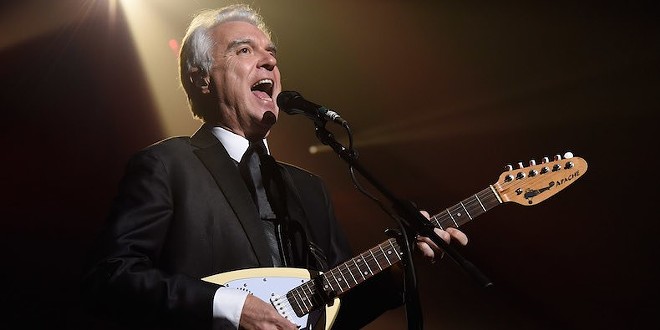 Talking Heads' David Byrne is set to make his Sasquatch! debut this year.
The Sasquatch! Music Festival, which has filled the Gorge Amphitheatre every Memorial Day weekend for the last 16 years, has announced 2018's star-studded lineup.

Bon Iver, The National, Modest Mouse and the legendary David Byrne are set to be the biggest names at this year's festival, and they'll be sharing the main stage with the likes of Tyler the Creator, Ray Lamontagne, Neko Case, Spoon, Grizzly Bear, Slowdive, TV on the Radio and Vince Staples.

And among the featured artists who have recently played Spokane: Thundercat, Pickwick, Julien Baker, Explosions in the Sky, Pedro the Lion, Hurray for the Riff Raff, Typhoon and Seattle's Chastity Belt, who performed at our Volume festival last year.

Check out the full lineup at the festival's website.
If you didn't already buy early-bird tickets back in November, festival passes go on sale at 10 am on Sat, Feb. 10. Admission for all three days costs $325. The festival runs May 25-27.