Natalie Schepman of the folk trio Joseph will host the Bartlett's BASE Songwriter Workshop on Thursday.

Ever thought about writing your own music, but didn't have any idea where to start?

For the last few weeks, the Bartlett has been hosting the BASE songwriting workshop, a short series that's bringing in established musicians to explain inspiration and craft to a small group of enrolled students. Those courses are then followed by intimate, acoustic concerts that are open to the public.

Think of it as a TED Talk by way of MTV Unplugged.

"Our guest artists have been coming in and sharing during the class portion of things," says musician Scott Ingersoll, who got the series off the ground. "We do an interview back and forth, talking about how they got started ... then they break down one or two of their songs. The evening portion is a behind-the-scenes storyteller showcase."

"They’re able to get more into the nitty gritty of the process than at a regular show."
Ingersoll, who performs around town as Scott Ryan, says he first tried out this concept a few summers ago, and it generated some interest. But having since been awarded a grant from Spokane Arts, he opened enrollment earlier this year, and the three classes quickly reached capacity. Ingersoll says about 35 participants signed up for all three workshops, and they range from high school students to adults.

"We saw so much interest in the class that we're already trying to figure out how to do it again," Ingersoll says.
He's invited a handful of regional artists to address the students and explain their craft: Local singer-songwriter Marshall McLean has participated, as has Eric Anderson, who performs under the moniker Cataldo. Thursday night's show, the last event in the current series, will feature Natalie Schepman of the buzzed-about Pacific Northwest band Joseph.
McLean, one of Spokane's most popular performers, says he could have benefitted from a series like BASE when he was first starting out.

"I didn't know what a verse was, I didn't know about bridges. I didn't know there was a structure," he says. "I had a teacher who gave me a guitar, and that was the first time I encountered the idea of there being a process to it. ... This is the chance to nerd out about songwriting, a chance to flip up the hood and look at the parts."

Having toiled on the singer-songwriter circuit in dog-eat-dog Los Angeles, Ingersoll says he's witnessed more camaraderie amongst the Spokane musicians who have participated in BASE: They're willing to work together, he says, which could certainly contribute to a more vibrant local scene.
"Anybody who has an experience they can draw from, I think it's way cooler to have a scene who's sharing that, instead of hoarding it for themselves," Ingersoll says. "In Spokane, there's a unique feeling of artists who want to lift each other up."

Although Thursday night's BASE class is not open to public, you can still attend Schepman's performance; tickets are $7 and are available here. 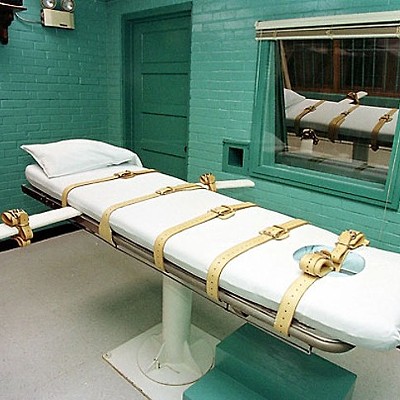