NEWS: The owner of the Bartlett will open a new, bigger music venue in Browne's Addition. More details will come out during a June 28 fundraising event. Tickets are $20.

NEWS: Spokane's Vets Garage, a safe haven for some local veterans, is looking for a new location.

MOVIE: The lovable crime-fighting family is back in the Incredibles 2, right where they left off. Costumed crime fighting is still illegal, but more and more super heroes are brought out of the woodwork in this somewhat predictable sequel, critic Josh Bell writes, as Mr. Incredible juggles stay-at-home dad life with his super hero duties.

SUMMER GUIDE: Summer is here. You need a guide. We got you.

Charity for whom?
The New York State attorney general is suing the Donald J. Trump Foundation for alleged violations of campaign finance laws and self-dealing, including the purchase of a $10,000 portrait of Trump that hung in one of his golf clubs, as well as $100,000 paid to settle a legal dispute with the city of Palm Beach.

On Twitter, Trump denounced the accusations as an attack by "sleazy New York Democrats," and vowed to take the case to trial. (New York Times)

Barred from medical care
An inmate is suing the Washington state Department of Corrections for refusing him gallbladder removal surgery. (Spokesman-Review)

Un-defense of Obamacare
Rep. Cathy McMorris Rodgers rebuked the Justice Department's decision to stop defending the Affordable Care Act in court. Specifically, McMorris Rodgers pointed to coverage for people with pre-existing conditions, saying in a statement: "This is one of the areas in the Affordable Care Act that was widely agreed upon from both Republicans and Democrats."

Yet last year, McMorris Rodgers voted for the American Health Care Act, which would have allowed some insurers to charge more for people with pre-existing conditions in some cases. (Spokesman-Review) 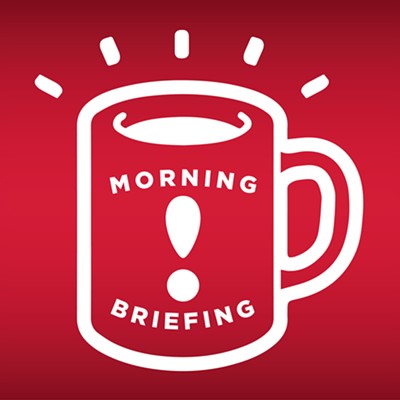