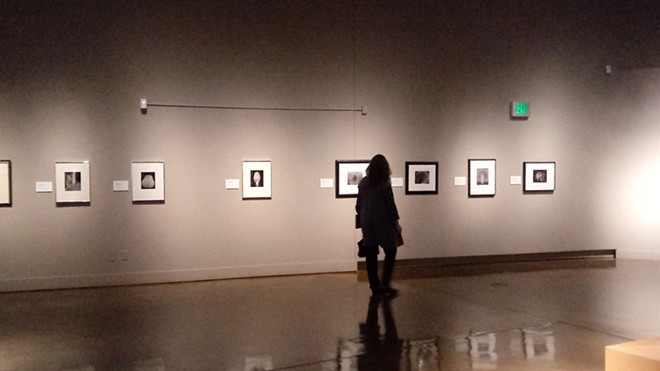 You have several months to go see the stunning new photography exhibit Modern Masters: Group f/64 at the Northwest Museum of Arts & Culture, but you only have one chance to listen to Mary Street Alinder talk about the show and the photographers.

I'd recommend you do just that.

f/64 was an informal crew of Bay Area photographers that formed in 1932 and dedicated itself to hyper-realistic photography. Ansel Adams was probably f/64's most famous member, and Alinder served as the photographer's chief assistant the last five years of his life. She also co-authored Adams' autobiography and went on to write other books about f/64's 13 members.

Five of those members are represented in the show that opened at the MAC Oct. 6 and runs until Feb. 3, and Alinder is in Spokane Thursday evening to discuss the collection of nearly 50 images from the Bank of America Collection, and the people behind them: Adams, Imogen Cunningham, Willard Van Dyke, Brett Weston and Edward Weston. Alinder's talk in the MAC's Eric A. Johnston Auditorium starts at 6:30 pm on Thursday and costs $10, and judging by the juicy stories she shared with some members of the media Wednesday, it should be well worth the price of admission. 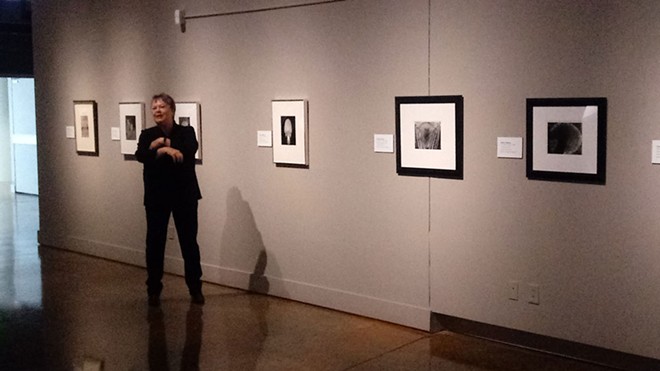 As Alinder led a contingent of media and museum folks around the spacious gallery — the walls painted, coincidentally, in what she called "Ansel Adams Grey" that best highlights black-and-white photography — she veered between both the photography expert she clearly is, and a good-natured gossip having run sharing which of the f/64 photographers had rivalries, which enjoyed several extra-marital dalliances, and which drove Adams crazy sometimes.

A work by Imogen Cunningham
Alinder described the f/64 gang's push against "pictorialism," a popular photography movement focused on manipulated, soft-focus prints. Adams and his cohorts instead were determined to show that photography sans manipulation was indeed still art, and the subjects could come right from their own backyards. Indeed, several of the photographs in the show were taken in Bay Area yards, featuring fruit, vegetables, even the photographers' families.
Throughout, Alinder's affection for Adams was obvious.

"Ansel was the greatest example of an American citizen I know," Alinder said at one point. "He believed every person was responsible for this country. There wasn't a day that went by that he didn't write a letter to a senator, or a mayor or a newspaper."