Starting at square one necessary to cure what ails us 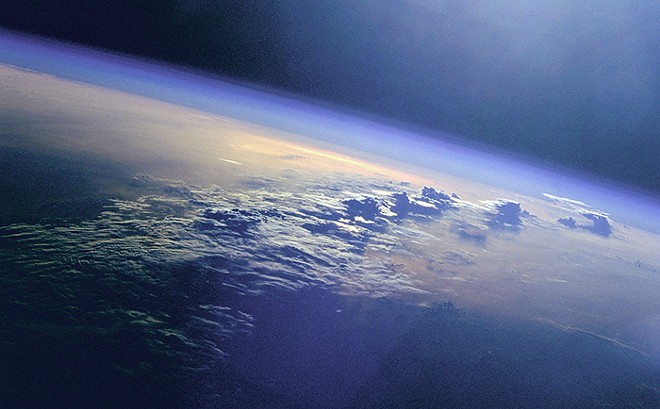 NASA
You are here.

Happy belated Earth Day from a recovering save-the-world evangelist. I used to think that it was my job to save the world. That if we just recycled and composted hard enough, that everything would be OK. Today, I tend to find more truth in George Carlin’s words on the topic:

“We’re so self-important. So arrogant. Everybody’s going to save something now. Save the trees, save the bees, save the whales, save the snails. And the supreme arrogance? Save the planet! Are these people kidding? Save the planet? We don’t even know how to take care of ourselves; we haven’t learned how to care for one another. We’re gonna save the f—-in’ planet? And, by the way, there’s nothing wrong with the planet in the first place. The planet is fine. The people are f—-ed! Compared with the people, the planet is doin’ great. It’s been here over four billion years.”

Comedians are among the only people in our society who can hold up the truth without getting shut down or labeled as crazy. Meanwhile, in the “real world,” absolutely ludicrous values reign unchecked. Our consumer culture has destroyed a hearty portion of the planet while most are still married to the ideals of capitalism, which by its design must expand to consume the rest. In the meantime, we in the so-called First World can’t seem to consume enough to fill the void left inside us. The vacuum of meaning in our death culture becomes more pronounced all the time. Pop culture fascinations include volumes of end-of-the-world lore, starring zombies and their hapless human counterparts alongside dramatizations of the day-to-day cycle of buying and selling — reality shows about pawn shops, cake baking, real estate, you name it.

“How come of all the creatures that bump or jump or swim on this sequined, spangled garden called Earth, we’re the only ones dumb enough to pay rent?” Jeffrey Stonehill asked this question at some point during the documentary Back to the Garden and it stuck with me. The more I explore the problems my generation has been tasked with solving, the more frustrated I become with the simple solutions that hang just out of reach. We have inherited a narrative in which jobs and the mystical, invisibly handed economy are the key and that without the complex global market, the planet would descend into chaos. When I look around, it seems that chaos has won out as a result of our economic system and its social effects rather than been staved off by its miraculous power.

Ours is a culture simultaneously repulsed by death and drawn to ultimate destruction. Politicians, pro-life until you’re born, supported by street corner zealots praying for the end of days abound. Under the constant cry of “Jobs! More jobs!” we assent in our desperation to do any job, even the kind that actively destroy the planet we call home. Unhappy people in this culture gobble down more drugs, illicit or prescription, than any society in history because they are afraid both to die and to live. What would it mean to really live? To be part of a society radically, rather than selectively, “pro-life”? How often do we stop in a day to just take in how incredible it is that we are flying around in infinite, majestic, cold, fascinating space on a rock that happens to host conditions favorable to what we call life? Do we then consider that all of the stuff on the rock, and beyond it, has been recycled forever? There is no new stuff. Perfect circles of interdependent systems ripple out throughout the universe and through you in every cell of your body. In short, it’s pretty epic! It’s easy to forget when we’re just trying to pay the rent.

So how do we use that knowledge to save ourselves and, perhaps, the world? I don’t have all of the answer to that, but here are a few ideas. One opportunity to take part in the whole list is this Saturday’s Earth Day celebration at Riverfront Park.

• Make and share good art. Art is often the quickest way to connect to what another person feels, and we can’t build a better society without empathy. It also has the symbolic flexibility to question the status quo without being openly antagonistic.

• Connect with nature. In the Northwest, we still have some amazing wilderness to explore. Particularly for children, it is so important to get out into it and internalize the value that we want to protect. It isn’t just the habitats and resources that need to be protected, but the experience of being part of the awesome whole of life referenced above.

• Rebuild community. A shift away from the destructive systems of civilization and capitalism would not be smooth if we dove right in today. People in our society don’t have the connections to one another, nor the practical skills to rebuild self-sufficient community. The good news is that most people like making friends and everyone feels safer and more fulfilled when we work together to meet our mutual needs.

• Listen to yourself. So many messages are crafted for us to consume every day (including this one!) that it’s easy to lose track of your own thoughts and your own truth. Finding any way to slow down and cultivate the memory of who you really are couldn’t do any harm at all. ♦

VIDEO: The Big Lebowski night at the Bing