One of two competing bills that would bring more regulation to the growing number of trains hauling crude oil through Washington state has been has been approved by both chambers of the legislature. Although it’s the legislation supported by Gov. Jay Inslee and local elected leaders in Spokane, it underwent some modifications that one advocacy groups says makes it less effective.

In recent years, Washington has seen a surge in trains carrying oil from the Bakken Shale in North Dakota to refineries and terminals in the western part of the state. Oil trains have derailed and exploded in Illinois, West Virginia and Quebec, raising concerns that the same could happen in Spokane.

Jake Thomas
Trains carrying crude oil pass through Spokane regularly.
In response, elected officials in Spokane have supported legislation that would give first responders more information on trains passing through their jurisdiction, while also placing more financial liability on rail companies if one did derail.

During this session, two bills aimed at the oil train issue were introduced. One bill, SB 5057, passed by the Republican-controlled Senate and would have required rail companies to provide local jurisdictions with information on trains that passed through their jurisdiction for the previous week and to increase the crew on the trains. That bill ultimately failed to make it through both chambers.

The other, HB 1449, made it through the legislature to the governor's desk last week.

“This bill means our first responders will get advanced notification when oil trains are coming through, and it also expands the barrel tax on crude oil and petroleum products to include both rail and marine,” said Inslee, in a prepared statement. “This means that at a time when the number of oil trains running through Washington is skyrocketing, oil companies will be held accountable for playing a part in preventing and responding to spills.”

HB 1449 requires rail companies to give the Department of Ecology weekly advance notice, which will be shared with first responders, that includes the route taken to the facility, the scheduled time, location, volume, gravity and region of crude oil received. Railroad companies, under the bill, will also be required to submit their oil spill contingency plans and information on their ability to pay for a worst-case scenario.

In a statement, Inslee expressed disappointment that the bill didn’t increase a per-barrel tax to be used in the event of a spill.

Laura Ackerman, oil and coal campaign coordinator for the Lands Council, says that while HB 1449 does provide more disclosure and requires more financial responsibility from railroad companies, some crucial portions were compromised. Specifically, she points to a requirement that would increased crew on oil trains was removed.

“I understand that politics is often about compromise, but in this case, you shouldn’t compromise the safety of citizens; especially the most vulnerable like the poor, the disabled, the elderly and children.,” she wrote in an emailed statement. “Who lives downtown near the tracks in Spokane? How many schools just in this area are near the tracks? Where are the two major hospitals? The heart of downtown Spokane is near the tracks.”

Ackerman now says that the next step for her group is opposing the development of proposed oil facilities in Western Washington. 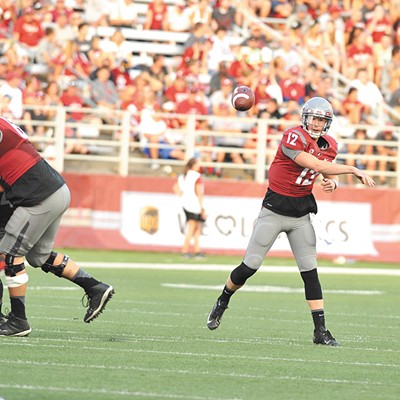