UPDATE: The Idaho legislature, after hours of testimony and debate, passed the amended child support bill. Most North Idaho representatives, other than Luke Malek, continued to oppose the bill, but it passed the House anyway, 49 to 21. In the Senate, it was nearly unanimous, with only Sen. Sheryl Nuxoll and former Coeur d'Alene school board member Brent Regan, standing in for Sen. Steve Vick, voting no.


The Idaho legislature, to the exasperation of many, is back in session today. The special session was called by Gov. Butch Otter because of the legislature's failure to pass a bill bringing the state's child-support law into compliance with the federal government. 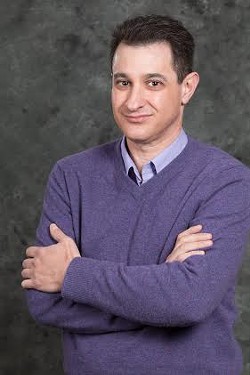 Melissa Davlin with Idaho Public Television has a great explainer on what the bill would have done. I'll break it down into simplistic terms: Say a couple has a kid and gets divorced and the dad moves to Australia. The mom still needs a way to collect child support from the dad, and moms in Australia need a way to collect child support from Idaho. International treaty law helps make that happen.

The federal government required every state to make their language regarding the treaty uniform, or risk losing federal funding and tools to track child support payments. In almost every other state the changes didn't present a problem.

But in Idaho, it stalled. And a lot of blame has been flung about. In her newsletter, Sen. Mary Souza points to poor communication from the Idaho Department of Health and Welfare and questions surrounding whether amendments to the bill would be accepted by the federal government. But something else was at play.

The bill had passed unanimously in the Senate. Why couldn't it even get out of the House Judiciary Committee? What happened between the Senate and the House? Two forces came into play: A Spokane Valley pastor named Shahram Hadian and a far-right group called The Idaho Freedom Foundation.

We first wrote about Hadian back in November. The "patriot pastor," known for giving fiery sermons about the infiltration of Islam (and other such things) at Tea Party rallies, moved his Truth In Love church to Spokane Valley.

It was a unique church, and not just for its subject matter. The church refused to be organized as a nonprofit, which means donations to it aren't tax-deductible. It's all part of a philosophical objection to the idea of the government restricting the ability of nonprofits, like churches, from endorsing candidates.

"Does the government have the jurisdiction to license the church?" Hadian asked me rhetorically. "I would argue no."

But in recent months, Hadian has been making increasing appearances with respect to the Idaho legislature. In March, Rep. Vito Barbieri organized a legislator lunch where Hadian was the featured speaker. A former Muslim from Iran, Hadian warned that Muslims were trying to establish enclaves in Idaho towns like St. Maries.

"We must curb and limit Islamic immigration and stop the refugee dumps,” he said, according to the Spokesman-Review. “Spokane is a dumping ground. They’re targeting Boise." In particular, he warned of the idea that Islamic "Sharia" law could someday take hold in even extremely conservative Idaho.

Several states have passed laws to restrict the use of Sharia law, with no consequences other than mockery by national media outlets. But in Idaho, the fears played a major part in the debate surrounding this bill.

In the Coeur d'Alene Press, Hadian talked about the role he played in the bill's defeat.  "I was down there when the bill passed the Senate," he said. "And I shared my concerns with the legislators."

Hadian worried that the bill would impact Idaho's state sovereignty.

"There is no specific language in the bill that would protect the rights of those dealing with parentage, child support and support orders from a foreign country that would contradict our laws here in Idaho," he said in the Press.

Later, Hadian downplayed his role, and disputed media claims that he was taking credit for it. But there's no question that he's been one figure leading opposition against it: He raised concerns in a three-page letter called “Concerns Regarding Idaho State Legislature Senate Bill 1067,” which included many of the points that the legislators on the Judiciary Committee questioned.

Rep. Luke Malek, a rare moderate Republican from North Idaho, has been increasingly exasperated with these type of worries, forwarded Hadian's concerns to the attorney general. Last month, the attorney's general office spelled it out, didactically, that under no circumstances would foreign courts be able to supersede the U.S. constitution, Idaho state laws, or even English common laws. Only if none of those applied would decisions by foreign courts apply. (In many child support cases, an Idaho court would choose to honor a court order of another country, in the same way those countries would honor child support orders from our country.)

According to Davlin, discussions of Sharia law dominated the committee's discussion and public testimony, but lawmakers had plenty of other concerns as well, involving due process, data security, and federal overreach.


Money, in politics, is often accused of buying power. However, fear can be just as corruptive. Ironically, this group that has named itself “Freedom” holds policymakers hostage. For some, fear of voting against a ranking from the Freedom Foundation is crippling.

The only way to demonstrate conservativism is through blind obedience to analyses like that for SB 1067. The “Freedom Index” is an arbitrary tool used by the group to test obedience on a wide array of legislation. The foundation takes it upon itself to score every bill that comes through the Legislature, then sends an email out to legislators to let them know the score.

At the end of the year, legislators are scored to show how obedient they have been. This obedience flies in the face of the independence that Idahoans are known for, but the threats work. SB 1067 passed the Senate unanimously before the Freedom Index ranking.

Since then, the IFF has continued to beat their drums against the bill. It public record-requested 200 e-mails between the Idaho Department of Health and Welfare and federal workers.

"The concerns that we were raising had to do with federalism," Wayne Hoffman, President of the Idaho Freedom Foundation, told me on a brief Skype call from the Cayman Islands today. In other words, the fact that the federal government was threatening to remove certain federal funding for not passing the bill was largely why the IFF was opposing the legislation.

"If Congress can merely tell every state to pass certain legislation, you’ll cease to have the government we’ve had for 200 plus years," Hoffman says. He supports the intent of the bill, and if the federal government had gone about it in a different way, less coercively and with better oversight, he says he may have supported the bill itself.

"If it’s such a great thing you don’t have to be coercive," Hoffman says. But even after the legislature amended the bill to address certain concerns, the Freedom Foundation remained in opposition, publishing blog posts with passages like:

"Lawmakers have been told the new child support bill will contain safeguards. State lawmakers have a responsibility to make sure the bill being presented actually contains them. This version does not," and "If we don’t take a stand here, will we be able to take one tomorrow? If we compromise our sovereignty over an issue which may seem inconsequential, will we stand and fight when the issues are far more momentous?"

Despite continued IFF opposition, the amended bill gained enough support to get out of committee, 12 to 5. Now, it moves onto the House floor.