Sasquatch! 2015: The fashions people wear in the wilderness

Laura Johnson
Butts are the new big thing this summer.

They packed up their banana suits, their flower children costumes and the tiniest booty shorts they could find. For so many Sasquatch! Music Festival attendees, it’s all about the wardrobe. Some people have clearly planned their costumes for weeks, others choose to wear not much of anything at all. Here are some of the highlights/lowlights from the Memorial Day Weekend festival. 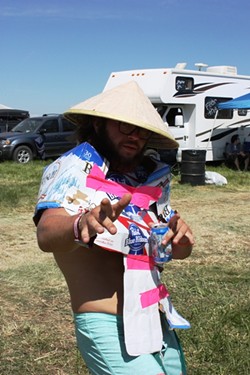 Laura Johnson
This guy fashioned a cardboard shawl out of last night's beverage containers.
- Glad to see Seattle Mariners hats made more of an appearance than Toronto Blue Jays hats (there were more of the latter last year).
- I only saw one of those full Indian headdresses. So glad those are going away. Hopefully, we’ll see less of the sombreros and the rice paddy hats next year.
- The flower headband is as strong as ever. Some went too far, however, wearing what looked like a whole shrub wrapped around their head.
- (Faux) Animal fur caps were super hot, in more ways than one.
- Don’t forget the large-brimmed circle hat isn’t just for Californians or hipsters. So many have one now.

BUNS OUT
Unlike most of the other fashion statements, which don’t translate to the real world, the butt-out trend is hugely on point for summer (see above). That’s right, booty shorts for women are currently the bee’s knees. And I don’t mean normal short-shorts, I mean so short the cheeks peek out. For any female who feels empowered, self-reliant and beautiful wearing these sorts of clothes, that’s awesome. For everyone else, you have my permission to not wear them. Know that it’s OK to have your butt covered. Know that it’s OK to buck the trends and wear full ass-covering bottoms. Know that personality and intellect get you much further in this world than how fine your butt looks, girl.

PATRIOT ACT
What country are you from? For many, that was well displayed with flags wrapped around their bodies or with full-on stars and stripes stretch pants.

TATTOOS
Sure, there were real tattoos galore (including quite a few Deathly Hallows tattoos, which was exciting to see for any Harry Potter fan) but for the most part, people covered themselves in fake metallic, tribal tattoos. Others used markers or even stick-on jewels to glam up their bods.

FULL GETUP
No longer does Halloween have to be once a year. For some festival-goers, the concerts are all about being anyone but themselves. From hippie garb complete with heeled boots, to full Sesame Street costumes, people did it their own way.

A few of the weekend's noteworthy looks: 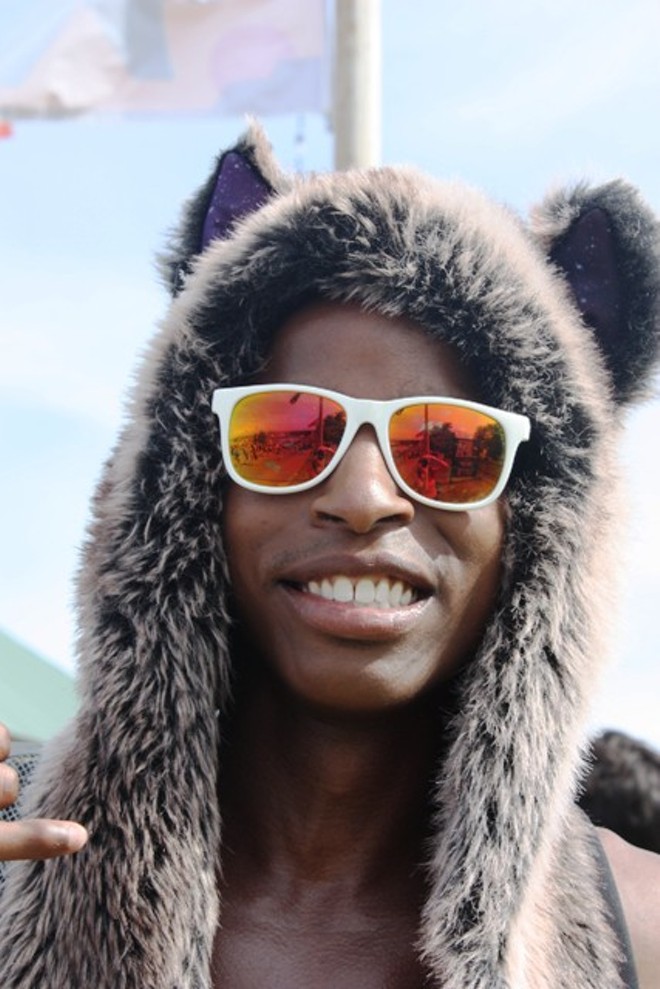 Laura Johnson
This guy says his hat only made him sweat somewhat profusely in the fierce Memorial Day Weekend heat. 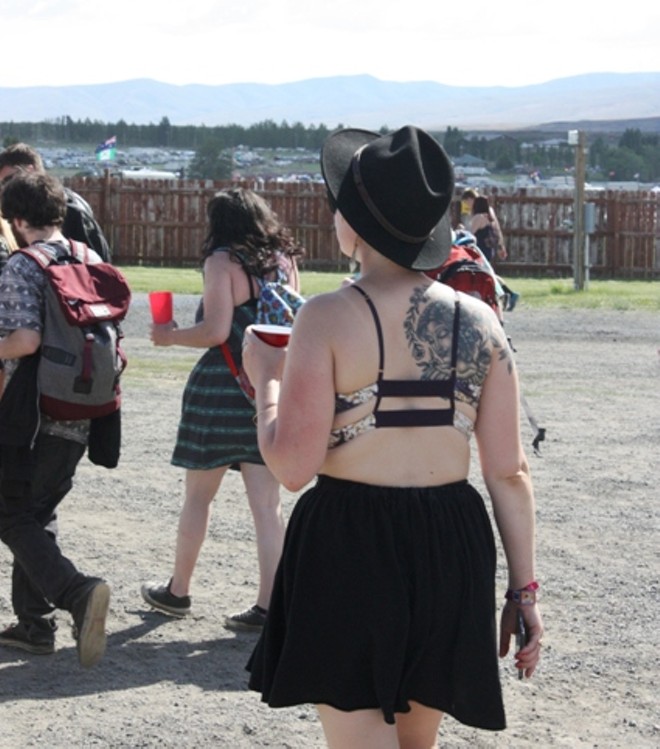 Laura Johnson
Why get a cool tattoo if you can't show it off?

Not so fast: Document undermines mayor's case to pay for Davenport Grand cleanup

MB: Teachers protest, a monument rises, and soccer gets its comeuppance