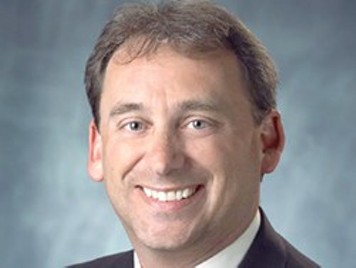 But now he's been tapped for another major CEO job: Greater Spokane Inc., the economic development agency and chamber of commerce in the area. He starts in February.

His predecessor Steve Stevens, had been CEO of the Northern Kentucky Chamber of Commerce, before coming to Spokane. He lasted little over a year, however, before moving back to his family in Kentucky.

"With Todd’s knowledge and expertise, with his history in this community as a former legislator, as a county commissioner, as a member of the community, as a small business owner — these elements were much more important to us this go around," Phillips says.

Tom Johnson, president of Spokane Teachers Credit Union and another search committee member, says the group had a robust list of about 20 candidates they seriously considered, and Mielke was interviewed multiple times before being selected.

"The consensus of the group, he was the most experienced person of the final set of candidates for the position," Johnson says. "He was well-prepared, he was articulate, he knew the issues and was able to speak to the issues."

This isn't the first example of cross-pollination between GSI and the Chamber of Commerce. County Commissioner Shelly O'Quinn worked for GSI as its director of education and workforce development before running for county commissioner.

Mielke departing the commission breaks up the recent loose alliance of O'Quinn and Mielke, who sided with each other against fellow Republican County Commissioner Al French on several major issues, including the question of whether the number of commissioners should be expanded to five. Voters overwhelmingly rejected the idea in November's election.

As to how the new commissioner would impact the board, French notes that on which candidates the Spokane County Republican Party nominate. (In the past, the nominating and appointment process has come under fire from elements in the Republican party.)

"We as commissioners don’t control who’s going to be offered up," French says. "The only constant ." Whoever the candidate is, he or she will be up for election in November.

French says Mielke's done a lot of good things for the county, including being leading regionalization of the county's animal control system and launching a new wastewater treatment facility.

In the past, Mielke has been heavily criticized, however, for his decision to purchase the Spokane County Raceway, a facility that has struggled to turn a profit and been referred to as a "money pit" by critics.

Meanwhile, GSI's dual role and advocacy  itself come under scrutiny and criticism from Spokane City Council President Ben Stuckart, who raised the possibility of eliminating the city's share of economic development funding for the agency.

Whether Stuckart, who has clashed with Mielke on growth management issues in Mielke's role as county commissioner, will get along better with Mielke than his predecessor remains to be seen.

"I hope Todd will create a relationship with the city council in the new role before he tells us how bad we are," Stuckart says, referring to a key point of his irritation with Stevens. "I will continue to try to work with GSI on both issues on the chamber side and the economic development side and hope we can work together.”

(SPOKANE, Wash.) – The Greater Spokane Incorporated (GSI) Board of Trustees voted today to appoint Todd Mielke as the new CEO of the organization. Todd brings with him a deep commitment to our region as well as extensive experience in public policy, economic development and regional issues.

“We are thrilled that Todd has accepted the position of CEO. We had an excellent candidate pool, and after thoroughly vetting all applicants, Todd rose to the top as the most qualified candidate,” said Christine Johnson, Board Chair of GSI. “Todd’s commitment to our region and his experience in tackling big community issues with a strong collaborative spirit makes him the right person for the job.”

The selection process to fill the CEO role was led by a search committee comprised of GSI Executive Committee members and former board members that narrowed the dynamic pool of 20 candidates down to six, with three of those being local candidates.

“With Todd’s most recent experience as a County Commissioner, his past experience as a small business owner, and as a legislator, he brings with him a set of credentials that will provide leadership for GSI and our community,” said Jeff Philipps, CEO Search Committee member and President, Rosauers Supermarkets. “Todd has strong bi-partisan relationships and extensive experience in the legislature with a solid record of cooperation and collaboration. GSI is fortunate to have him.”

“Having worked with GSI in many capacities throughout my career, I am very excited to join such an important organization and a great team of people,” said Todd Mielke. “I am looking forward to providing leadership to the organization and the opportunity to be a voice for business across the region, convening important groups, stakeholders and individuals on issues that impact our community.”

Todd has served as a Spokane County Commissioner for the past 11 years. He has an extensive background in public policy and advocacy, working four years as a staff member in the Washington State Senate and then serving as a legislator where he was the Majority Caucus Chair and named a national Legislator of the Year. He is also a former small business owner. Todd currently serves as a board member on the National Association of Counties, the Washington State Association of Counties, Visit Spokane, and the Spokane Regional Transportation Council.

Todd will start as the organization’s CEO in February.