Is Macklemore's new song the worst thing on the Internet today? Listen to "Spoons" and tell us what you think 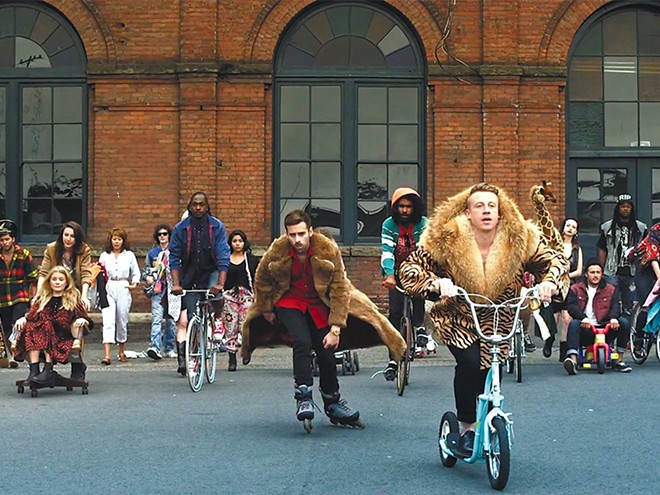 Macklemore (right) and Ryan Lewis might break the Internet with their new tunes. And not in a good way.
While fans of Macklemore and Ryan Lewis anxiously await the release of the duo's new album, This Unruly Mess I've Made, on Feb. 26, the Valentine's Day arrival of a new single dedicated to spooning — yes, spooning — caused a bit of an uproar in some circles of the Internet.

This guy writing on the Stereogum website calls "Spoons" the "blandest, safest, most self-consciously twee piece of rap music I have ever heard," while another writer at Uproxx.com calls the track "corny" and cites its references to Netflix queues, Shel Silverstein and pooping with the bathroom door open as examples why. Esquire showcases the song with the headline: "Cancel the Grammys: Macklemore Just Dropped the Worst Song in Music History."

So, is it as bad as the haters say? You be the judge:

My opinion: Yes, it's pretty bad. I don't know about worst song ever, though, as long as this song exists. And this one. But Macklemore's tune will probably sell a gazillion copies no matter what the Internet says.

What do you think? Are the Internet haters just doing what they do, or did Seattle's hip-hop hero (all due respect to Sir Mix-A-Lot) seriously misfire with "Spoons"? Let us know what you think in the comments.

Spring-like weather, fight over Scalia's replacement and other news you need to know