In case you missed it, Jeb Bush, the former Florida governor, brother of one ex-president and son of another, and current Republican candidate for president — at least for a few more days — tweeted a picture of a personalized gun with the simple one-word description "America." Here's the image in question: 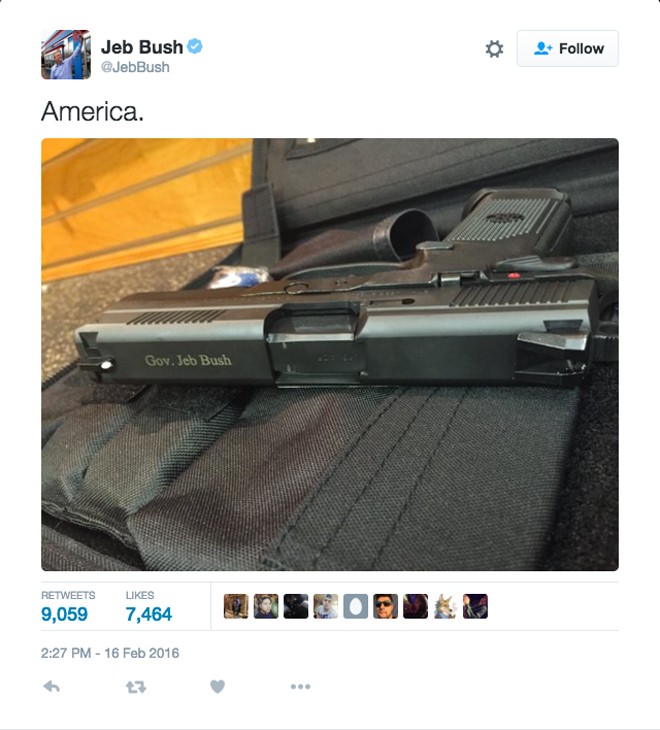 Naturally, Bush's tweet led to much mockery on the Internet, from USA Today to political outlet The Hill to staid old TIME magazine to national security pariah and current Russia resident Edward Snowden, who tweeted "Delete your account" to Bush.

While clearly a ploy to suck up to gun advocates in advance of the South Carolina GOP primary, it seems a little out of character for a guy who was considered the kinder, gentler (and smarter) little brother of so-called "compassionate conservative" George W. Bush. But then, unnatural and clunky grasps for relevance in this campaign are kind of a specialty for Jeb:

Just days left to vote for the 2016 Best of the Inland Northwest!

Speaking of For Fun! , President Race