Oregon athletics
The Oregon Ducks are the No. 1 seed in the NCAA West Region, and coming to Spokane to play.

After the incredibly long, often ridiculous CBS show unveiling the NCAA tourney field, we know what's happening with March Madness as it descends on the Spokane Arena, we know where Gonzaga is playing, and we still don't know exactly what the CBI is. Let's break it down:

DUCKS AND BEARS AND JACKRABBITS, OH MY!

The Spokane Arena is hosting eight teams the opening weekend of March Madness, with the games happening this Friday and Sunday. The headliner is the Oregon Ducks squad that is the No. 1 seed in the West Regional. They'll be taking on the winner of a Holy Cross/Southern University play-in game. Here's the schedule of what's coming up in Spokane; tickets will be available online and on the street if you're lucky, but you can always watch on TV:

The winners of Session 1 and Session 2 will face each other Sunday at a time to be determined. Watch for this week's Inlander for a breakdown on each team.

Gonzaga won the WCC tournament what seems like months ago, and they were the last team to pop up in the too-long CBS selection show after two hours of listening to Charles Barkley fumble through opinions about college hoops that he seems to not actually watch all season.

Gonzaga to an 11 seed and is playing Thursday at 6:57 pm against No. 6 seed Seton Hall, the Big East champs. Given that St. Mary's didn't make the field after sharing the conference regular-season title with the Zags and making it to the WCC tourney championship, the Zags would definitely have not made the tourney if they hadn't won in Vegas last week.

In Seton Hall, the Zags face a suddenly hot team that took down two top-5 teams on its way to the Big East tourney title in Villanova and Xavier. Guards are the strength of the Pirates, while Gonzaga's is its big men in Domantas Sabonis and Kyle Wiltjer, so this should be interesting. If Gonzaga wins, they'll face the victor of the Utah/Fresno State matchup on Saturday. 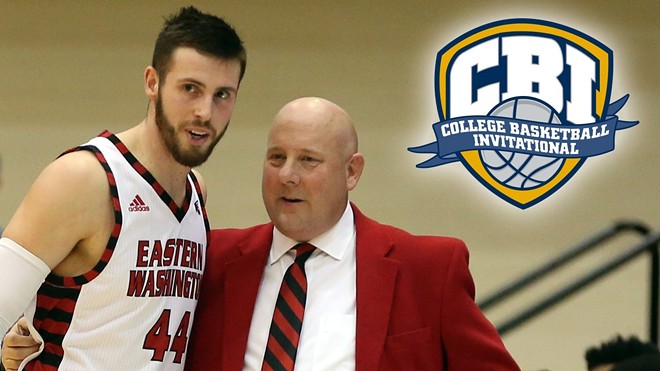 The College Basketball Invitational tournament isn't exactly March Madness, and it's not even the NIT. But it IS an opportunity for smaller schools to play more basketball and give their fans another chance to cheer while giving their players more time to develop for next season, or have one last hurrah with their teammates.

Three Big Sky teams are part of the 16-team CBI this season, with Eastern Washington, Idaho and Montana all taking part.

Eastern Washington hosts Pepperdine in Cheney Wednesday at 6 pm. It is Coach Jim Hayford's 500th college game as a coach, and the winner will face the victor of the Montana/Nevada game. Tickets for Wednesday's game are $10, $5 for kids.

The Idaho Vandals, who took down EWU in the Big Sky tourney, also earned a bid to the CBI, and they will play at Seattle University Wednesday at 7 pm. If they win, the Vandals will take on the winner of the Vermont/Western Carolina showdown.

March Madness, Trump, the Supreme Court and other stories you need to know