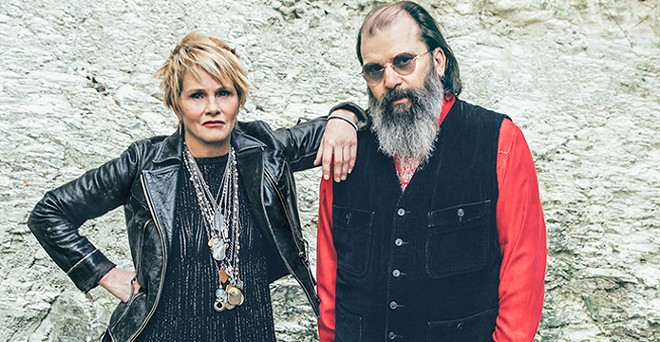 Shawn Colvin and Steve Earle have joined forces for a new folk duo, and come to Spokane in August.
A powerful duet can set one's soul on edge, the intermingling of voices capable of transcending the power a solo artist is able to find on his or her own.

Two immensely talented folk artists, Shawn Colvin and Steve Earle, are joining up this summer to release a new album of duets called, appropriately, Colvin & Earle, and they're heading out on the road to support it with an acoustic tour that stops in Spokane in August.

Colvin and Earle will play the Bing Crosby Theater on Wednesday, Aug. 24, and tickets are $47 and $57. Tickets go on sale Friday at 10 am through TicketsWest outlets.

You can hear a little sample of what they sound like together right here:

Trump proposes gun control, accuses vets of corruption and other unsurprising news of the day