Trump proposes gun control, accuses vets of corruption and other unsurprising news of the day

Trump still supports the right of all Americans to own pantomimed guns, even if they're on the terror watch list
ON INLANDER.COM

My Name is Earle. Her Name is Colvin
•Shawn Colvin and Steve Earle are going to be ' up Spokane in August.

To Forgive, Divine
• Councilwoman Karen Stratton still feels hurt that David Condon endorsed her opponent in last year's election. Can they put all that stuff behind them to work together?

Spokane Valley has a new Police Chief
• Sadly, it is not Sheriff Ozzie Knezovich in a Groucho Glasses disguise.

To Protect and Misallocate
• Stellar story by Patrick Erickson of KHQ finds there's still dirt left to dredge up in the Straub case. Former Director of Business Services Carly Cortright, in an interview with Heather Lowe of Human Resources, says that Straub spent seizure money for inappropriate purposes.  (KHQ)

*Puts Pinky Finger To Corner of Lip*
• How much have Spokane's school zone cameras gathered in fines? $1 million dollars. (Spokesman-Review)

How Delightfully Gubernatorial!
• Gov. Jay Inslee and Would-Be-Gov. Bill Bryant will face off in Spokane in August. (Spokesman-Review)

But Veterans Love Him
• Trump uses part of his campaign speech to blame the failure of Iraq's reconstruction on soldiers stealing from reconstruction funds. Again. His team later said he meant Iraqi soldiers, not American soldiers, which doesn't make any sense. Either time. (CNN)

No-Fly, No Guns, No Service
• Liberals hate the no-fly and terror-watch lists, noting that they're crude, inaccurate, , and disproportionately impact Muslims. Conservatives hate the idea of using the no-fly list to bar gun purchases, arguing that not only does it violate the Second Amendment, it violates the Fifth — depriving a person of property without due process.

Now, Donald Trump is suggesting he is going to join with Hillary Clinton in calling for just that. (Politico)

They'll Send Them With a Big Red Button Labeled "Reset"
• Supposedly, Russia has threatened to release the emails Hillary Clinton had on her private server. (Yahoo) 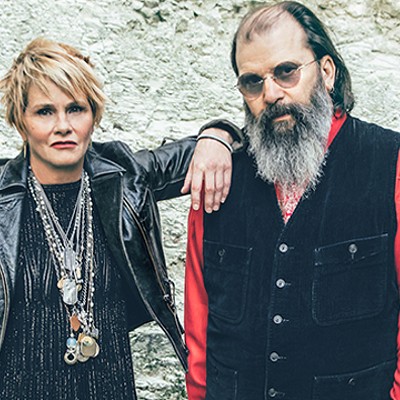