WHAT'S UP: This week, SpIFF continues, Gruitfest recreates the hop-less beers of yesteryear, and the Spokane Symphony performs the soundtrack to the 1925 Phantom of the Opera, live. Have a great week, Spokane, that's all I ask of you.

GREEN ZONE: Washington is the only state with a recreational marijuana market that doesn't allow for home grows, but bills to change that are coming down the pipeline.

"This is not a Muslim ban," says Trump.
Trump's 90-day ban on travelers from seven predominantly Muslim countries — including people with green cards, but later rolled back — has travelers stranded and protests erupting all across the globe. Unsurprisingly, none of the banned countries have ever had immigrants or refugees commit an act of terror in America, nor does Trump have business ties to any of them. (New York Times)

"Yes, it is," says Spokane, Seattle and many other cities.
Protestors turned out in Spokane to object to Trump's immigration ban; check out this Guide to the Immigration Ban to understand Trump's executive power and the limits to the ban. (KXLY, New York Times)

Zags thump Pepperdine Gonzaga didn't blink an eyelash at Pepperdine on Saturday, defeating them 96-49 and remaining unbeaten now with 22 wins. (Gonzaga Sports) Congrats to the new Lilac Queen August Corppetts showed bullies who the real winners with her 2017 Lilac Queen victory. Her majesty plans to become a civil rights lawyer to continue giving a voice to the underrepresented. (Spokesman-Review) 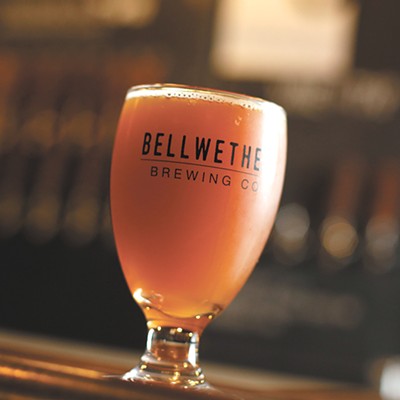 THIS WEEK: Gruitfest, Belt of Vapor reunion and more