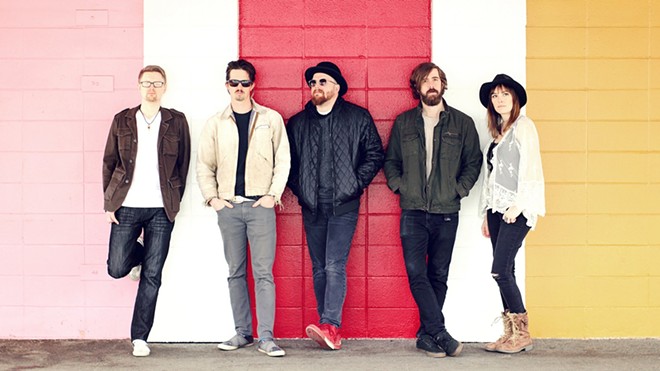 We've all heard of album release parties before, but the South Hill are premiering their new LP in an unusual way.

The Spokane quintet, which has built up quite a following since forming two years ago, will perform a stripped-down version of their upcoming debut record on Facebook Live Thursday, starting at 7 pm. They'll also be discussing the inspirations behind some of the songs, as well as answering fan questions.

To tune in, visit the band's Facebook page. You can pre-order the album and listen to the lead single "Bigger Plans" here; they'll also be performing at the Lantern Tap House (1004 S. Perry) on Saturday night.

Speaking of The South Hill , Music