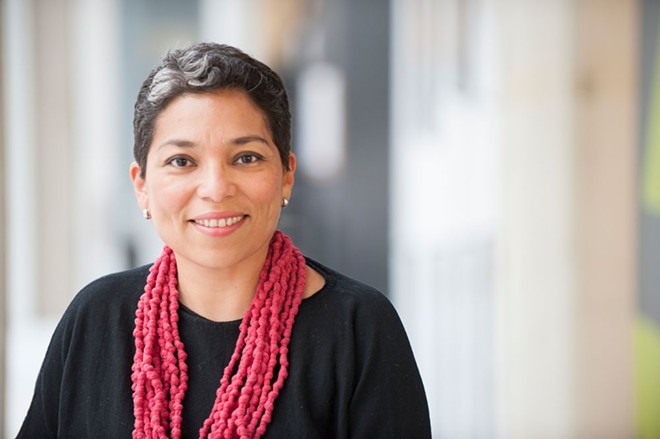 Castro Luna becomes the first immigrant and woman of color to fill the role; her family fled war-torn El Salvador for America when she was a teenager, back in 1981. Despite their hardship, her parents always pushed the importance of education, and she later earned an MFA in poetry and MA in urban planning. After working as a K-12 teacher, Castro Luna became Seattle's first Civic Poet.

"Claudia grew up knowing firsthand the importance of literature, particularly its power in trying times," said Karen Haren, executive director of the Washington State Arts Commission, in a statement accompanying the announcement of Castro Luna's selection. The poet laureate program is sponsored by Humanities Washington and ArtsWA. "This has given her the ability to connect with a range of people, and her experience as an immigrant will enable the program to reach new communities. She's also wonderfully inventive — it's clear she'll take this role to new and exciting places."

Like those who served in the role before her, Castro Luna is expected to travel far and wide in the state to advocate poetry's importance and power. Current Washington State Poet Laureate Tod Marshall has crisscrossed the state numerous times, and created WA129, a collection of poetry by writers in the state, dedicated to voices of both established poets and novices.

Castro Luna will take over the position at a "Passing of the Laurels" ceremony at the Seattle Public Library main branch on Jan. 31.