The Eagles are coming back to Spokane Arena this spring 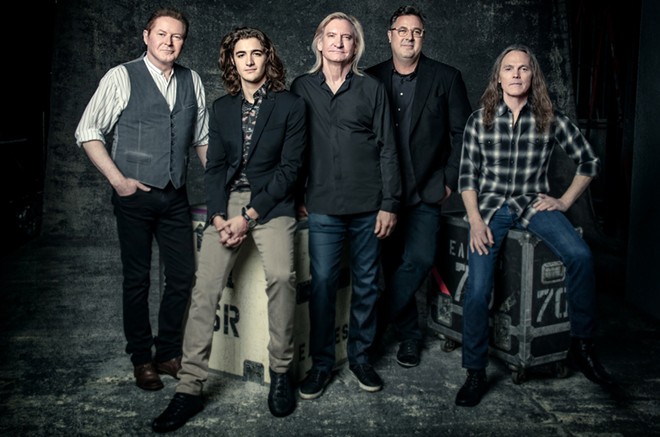 The Eagles current lineup is coming to Spokane May 8.
In May of 2015, The Eagles swung by Spokane Arena for a show that Inlander readers later named the best of the year in our annual Best of the Inland Northwest poll.

That would be enough to warrant a return visit from the SoCal classic rockers, but there's a lot more going on with the band in 2018. Co-founder Glenn Frey died since that last Spokane visit, and he's been replaced by his son Deacon Frey, and country star Vince Gill is also now a member of the band, making the version of The Eagles coming to town on Tuesday, May 8, a bit of a brand new band. Early reports from the band's performances that started last year are positive.